Update Required To play the media you will need to either update your browser to a recent version or update your Flash plugin.
By Ashley Thompson
20 September, 2016

But, that does not exactly mean you can start writing a 1,000-character Twitter message. The change only means that links and pictures will not be counted toward the limit.

A report in May suggested that the social media company was considering making the changes. Later, Twitter confirmed the news and Monday the company announced the changes were taking effect. 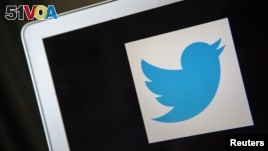 Social media service Twitter has increased the number of characters that can be included in a message--known as a tweet. The increase however, is not too big.

Twitter recently celebrated its 10-year anniversary. It has been trying to grow its number of users and find ways to make money.

The company reportedly lost over 2 million users in the last part of 2015.

Jack Dorsey founded Twitter and then left. He came back to the company last year to try to improve its business. Dorsey said at the time that he was "not going to be shy about building more utility and power into Twitter for people."

Like Facebook, Twitter has been urging followers to use media such as photos and videos. It recently added a polling feature. The company also made changes to its timeline, permitting users to see so-called "best" tweets first.

The company has also announced that it reached a $10 million deal with the National Football League. Twitter will stream 10 Thursday night games during the American football season.

VOA News reported and wrote this story. Ashley Thompson adapted it for Learning English. Caty Weaver was the editor.

shy - adj. to try to avoid (something) because of nervousness, fear, dislike, etc.

utility - n. the quality or state of being useful