Update Required To play the media you will need to either update your browser to a recent version or update your Flash plugin.
By Bryan Lynn
04 October 2021


Two American scientists have won the 2021 Nobel Prize in Physiology or Medicine for their discoveries of how the body senses temperature and touch.

The Nobel Committee in Stockholm, Sweden announced the winners – David Julius and Ardem Patapoutian – on Monday.

In a statement, the committee said findings by the two scientists are being used "to develop new treatments for a wide range of disease conditions, including chronic pain."

Julius and Patapoutian separately identified receptors in the skin as part of their work in the field of somatosensation. The field explores the ability of specialized organs – such as eyes, ears and skin – to see, hear and feel.

Julius used capsaicin, the active substance in chili peppers, to help identify nerve sensors that react to heat. Patapoutian discovered pressure-sensitive parts of cells that react to mechanical force on our skin. 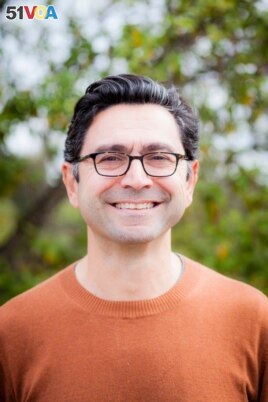 Professor Ardem Patapoutian of the Department of Neuroscience at Scripps Insitute, who won the 2021 Nobel Prize for Physiology or Medicine, poses in an undated photograph. (Courtesy of Ardem Patapoutian/Handout via REUTERS)

In announcing the winners, Nobel Committee Secretary-General Thomas Perlmann said, "This really unlocks one of the secrets of nature." He added: "It's actually something that is crucial for our survival."

Julius is a 65-year-old professor and chair of the Department of Physiology at the University of California, San Francisco. Patapoutian was born in 1967 to Armenian parents in Lebanon. He moved to Los Angeles in his youth. He is a currently a professor at Scripps Research in La Jolla, California.

Julius said he hopes his work will lead to the development of new pain drugs. He explained that in his case, the study of biology behind everyday activities led to the important discovery. "We eat chili peppers and menthol, but often times, you don't think about how that works," Julius said.

Oscar Marin is the director of the MRC Centre for Neurodevelopmental Disorders at King's College London. He told the Associated Press the choice of winners demonstrates how little scientists know about how our bodies react to outside forces.

"While we understood the physiology of the senses, what we didn't understand was how we sensed differences in temperature or pressure," Marin said. "Knowing how our body senses these changes is fundamental because once we know those molecules, they can be targeted."

Marin said the discoveries opened a whole new field in drug research. He noted that scientists are already working to develop medicines to target the receptors the two prize-winners identified. He predicted that new treatments for pain would likely come first. But he added that knowing how the body identifies changes in pressure could also one day lead to new drugs for heart disease. 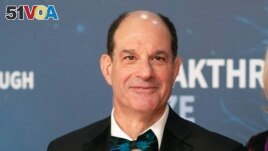 The two winners will each receive an equal share of the $1.1 million in prize money. The Nobel Prize in Physiology or Medicine is the first to be awarded this year. Other prizes are given for work in the fields of physics, chemistry, literature, peace and economics.

Some scientists had suggested this year's prize for medicine might be awarded to those involved in the development of coronavirus vaccines. But others said such a choice was likely too soon.

The mRNA vaccines developed by Moderna and by Pfizer-BioNTech have revolutionized the fight against the coronavirus. They are produced quickly and have proven to be highly effective.

"This technique will get the prize sooner or later, of that I am sure," said Ali Mirazami. He is a professor at the Department of Laboratory Medicine at the Karolinska Institute in Sweden. He added: "The question is when."

chronic – adj. an illness of problem that continues for a long time

range –n. a group or collection of different things or people that are usually similar in some way

unlock –v. to make something available for use

mechanical – adj. relating to or operated by machines

menthol – n. a solid, white natural substance that smells and tastes like mint

physiology – n. the study of the way in which the bodies of living things work

fundamental – adj. forming a base from which everything else develops

technique – n. a way of doing an activity that requires skill