Update Required To play the media you will need to either update your browser to a recent version or update your Flash plugin.
By Phil Dierking
02 April, 2018


The United States Government has begun investigating possible identity fraud among Burmese refugees, a move that has frightened the immigrant community.

In February, the U.S. Citizenship and Immigration Services, or USCIS, sent letters to more than 1,000 resettled Burmese refugees in the United States. The letters were requests for official interviews.

The goal of the investigation into possible identity fraud is unclear. It is exploring a case that goes back almost 10 years. USCIS officials will not say if criminal charges have been or will be filed. And refugee supporters have not reported any such actions.

Yet the letters and interviews have kept refugees and their supporters fearful at a time when the U.S. government has increasingly reduced the refugee program.

Jill Niswander is director of communications and fund development at EMBARC Iowa, a refugee support organization in Des Moines, Iowa. She said the USCIS interview requests have forever changed the Burmese community. 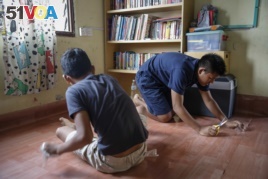 The investigation comes after a difficult year for refugee admissions into the United States. The Trump administration has cut arrivals by more than half. Several important refugee officials have been relocated or have retired.

The identity fraud investigation is not the first time the U.S. has looked into its refugee selection process. In 2008, the U.S. temporarily suspended refugee arrivals from East Africa after some refugees failed DNA testing to confirm blood relations they claimed in their paperwork.

The difference between the current Burmese refugee investigation and earlier ones is that the refugees in question are not outside the United States. They are already inside the country.

In the current investigation, the problems may have started on the ground in Malaysia, when refugees were registered with the U.N. system. It remains unclear how the errors happened.

The USCIS investigation centers on a very narrow group of refugees. American refugee officials sent the letters only to members of the ethnic Chin community who were processed through the international refugee network in Malaysia between 2009 and 2013.

The Chin community makes up about one-fourth of the Burmese refugees and asylum-seekers in Malaysia. In the late 2000s, they were at risk of being arrested in Malaysia; the country has not yet approved the Refugee Convention.

The hurry to avoid arrest in Malaysia may have led to errors in identification documents among refugees.

Several refugee resettlement workers said they believe the investigation involves refugees who entered the U.S. after either purchasing other refugees' identities or using false names. 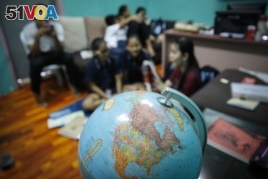 Gen Langh is a translator with EMfBARC Iowa. He told VOA he witnessed one refugee interview that lasted over two hours.

The USCIS said in a statement that the interviews will help determine whether the information on record is correct. They will also decide any effect on a refugee's immigration status or future benefits.

USCIS would not answer whether the investigation is tied to a 2014 case investigated by the United Nations refugee agency, or UNHCR.

That year, UNHCR said it found a large "number of cases of suspected fraud among some refugee communities from Myanmar."

When the refugee agency noted the issue four years ago after an internal inspection, it said that necessary measures "will be taken against any individuals found to have abused these humanitarian procedures."

Chris Boian, a spokesman for UNHCR in Washington, said, "We immediately informed the governments of resettlement countries, including the United States."

The refugee agency then carried out "a top-to-bottom" reform of their registration process. It also added digital biometrics, Boian said.

Langh, the EMBARC translator, said there are stories going around the Burmese community that some refugees could be forced to leave the country.

The community is very stressed, he said. "They're just afraid that the government is going to send them back, or put them in jail," Langh added.

Even if criminal charges are filed, removal from the United States would be difficult. Myanmar is on the list of "recalcitrant" countries. This means it refuses to take back nationals forced to leave a country.

Reena Arya is a lawyer with the Catholic Legal Immigration Network, or CLINIC.

"No system is perfect," Arya said. She added that possible human error should not cause governments to be suspicious of every person who is fleeing discrimination.

What is your country's policy towards refugees? We want to hear from you. Write to us in the Comments Section or on 51VOA.COM.

biometric - adj. relating to or involving the application of statistical analysis to biological data.

digital - adj. showing the time with numbers instead of with hour and minute hands

DNA - n. a substance that carries genetic information in the cells of plants and animals — often used before another noun

error - n. something that is not correct

procedure - n. a series of actions that are done in a certain way or order

interview - n. a meeting at which people talk to each other in order to ask questions and get information

translator - n. a person who changes words written in one language into a different language