US Student on 'Budget' Tour Held in N. Korea

Update Required To play the media you will need to either update your browser to a recent version or update your Flash plugin.
By Kathleen Struck
23 January, 2016


An American student has been arrested in North Korea.

The arrest is the latest in a series of arrests of U.S. citizens. 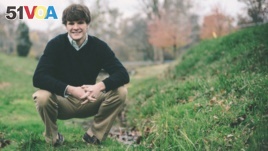 The student is Otto Frederick Warmbier, 21, of Cincinnati, Ohio.

He is studying economics at the University of Virginia.

He "was caught committing a hostile act against the state," the official North Korean news agency, KCNA, reported on Friday.

Warmbier's actions were "tolerated and manipulated by the U.S. government," according to the dispatch.

Daniel Pinkston is a professor at Troy University in Seoul. He told VOA that:

"We can only speculate why he has been detained. But it is quite risky to visit (North Korea) as a tourist given the sensitivities regarding anything about the state, the leadership, government, and political system, or geo-politics in general."

Warmbier was a member of a trip organized by China-based Young Pioneer Tours. He was detained January 2, four days before North Korea conducted its fourth nuclear test in defiance of United Nation sanctions.

The United States and North Korea have no diplomatic relations. The U.S. State Department has, for years, issued strong recommendations and travel warnings against visiting North Korea because of the risk of arrest and longterm detention.

Many of the North Americans arrested by North Korea in recent years have had links to Christian Evangelical groups.

Approximately 200,000 North Koreans are believed to be in prison for their political views or religious beliefs, according to human rights groups.

bargaining chips -- n. chips or tokens or markets used in games of chance and gambling; chips used in exchange for something else

economics -- n. the study of how a society or government earns and spends its money

sensitivities -- n. feelings that might be easily offended or hurt

detained -- v. held someone or something back, usually without consent

Christian Evangelical -- n. a religious group that spreads the word, or gospel, of Jesus Christ