Why is the U.S. General Election Held on a Tuesday in November?

Update Required To play the media you will need to either update your browser to a recent version or update your Flash plugin.
By VOA
14 October, 2016


Ever wonder why the United States votes on a Tuesday in November?

It wasn't always that way. For the first 15 presidential elections, each state chose its own voting day until improved communication caused worries that early states would influence later voters.

So Congress picked one day for everyone - the first Tuesday after the first Monday in November.

Why Tuesday? Roads were poor or nonexistent. It could take a day to get to a polling place. Congress avoided forcing travel on Sunday, the Christian Sabbath. Monday was the day of travel for voters who needed it.

Why November? Most Americans were farmers. In November the harvest is over. The worst winter weather is still ahead.

These days, the roads are good. Few Americans farm. 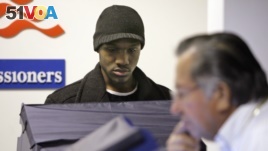 While some propose holding national elections on Saturday, the United States continues to vote on a Tuesday in November.

Marcus Harton and Anand Mistry reported on this story for VOANews.

When do you vote? Write to us in the Comments Section.