Why Does Elon Musk Want to Buy Twitter Again?

Update Required To play the media you will need to either update your browser to a recent version or update your Flash plugin.
By Hai Do
05 October 2022

Last April, Musk offered to buy Twitter for $44 billion. Musk said at the time that his goal was to shape the service into a place for free speech.

Three months later, Musk withdrew his offer saying Twitter did not provide him with enough information about the number of false, or fake, accounts. 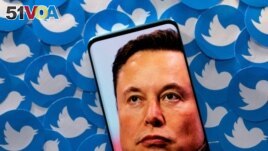 The agreement to buy Twitter requires Musk to pay the company $1 billion if he does not complete the deal. Twitter, however, opened a legal action, or lawsuit, to force Musk to close the deal.

This week, Musk told Twitter in a letter that he wanted to do the deal as they had agreed to in April. He also asked for an end to the legal action that will start in less than two weeks in the state of Delaware.

Twitter answered that it plans to close the deal at $54.20 per share after receiving Musk's letter. The social media company did not say whether it would end the lawsuit against Musk.

Andrew Jennings is a professor at Brooklyn Law School. He told the Associated Press, "I don't think Twitter will give up its trial date on just Musk's word — it's going to need more certainty about closing." Jennings noted that Twitter may also be worried that Musk may be acting simply to delay the legal action.

Musk has sought, and failed, to postpone the process two times earlier.

Musk says Twitter misrepresented how it measures false accounts on its site.

In July, Musk argued that he could end the deal without penalty because the number of false accounts was much higher than Twitter's estimate of less than 5 percent of users. The number of active accounts is important for advertising rates and the overall value of the service.

But Chancellor Kathaleen McCormick, the Delaware court's head judge, appeared set to center the case on the deal between Musk and Twitter and possible changes that could end it since the deal was signed in April.

In the same month, a former chief of security at Twitter took legal action against the company.

Peiter "Mudge" Zatko, accused the company of lying about its efforts to control false accounts and strengthen its cyber defenses.

Why did Musk change his mind now?

It was not immediately clear why Musk chose to drop the fight in court. But Eric Talley, a law professor at Columbia University said he was not surprised by Musk's decision. He said, "On the legal merits, his case didn't look that strong."

Musk is to make a sworn statement in court on Thursday. And Talley added, "a lot of uncomfortable facts were going to come out."

The Tesla and SpaceX founder also faces possible rising costs. If he lost the trial, the judge could not only force him to close the deal but also could order interest payments that would increase its cost.

Musk and his representatives have not answered questions from news organizations about the latest offer to close the Twitter deal.

A user of Twitter, Musk wrote on the social media website last night: "Buying Twitter is an accelerant to creating X, the everything app." He did not provide any more details.

Hai Do adapted this story for Learning English based on reporting from The Associated Press and Reuters.

certainty - n. a fact about which there is no doubt

merit - n. value or worth

uncomfortable - adj. causing a feeling of being embarrassed or uneasy