Update Required To play the media you will need to either update your browser to a recent version or update your Flash plugin.
By Willa Cather
20 April, 2018


Today we complete the story "Paul's Case." It was written by Willa Cather. Donna de Sanctis adapted it for VOA Learning English. Here is Kay Gallant with the story.

Paul was a student with a lot of problems. He hated school. He didn't like living with his family on Cordelia Street in the industrial city of Pittsburgh.

Paul wanted to be surrounded by beautiful things. He loved his part-time job as an usher at the concert hall. He helped people find their seats before the concert. Then he could listen to the music and dream of exciting places.

Paul also spent a lot of time at the local theater. He knew many of the actors who worked there. He used to do little jobs for them. And they would let him see plays for free.

Paul had little time left for his studies. So he was always in trouble with his teachers. Finally, Paul's teachers complained again to his father. His father took him out of school and made him take a job in a large company. He would not let Paul go near the concert hall or the theater.

Paul did not like his job as a messenger boy. He began to plan his escape.

A few weeks later, Paul's boss, Mister Denny, gave Paul a large amount of money to take to the bank. He told Paul to hurry because it was Friday afternoon. He said the bank would close soon and would not open again until Monday. At the bank, Paul took the money out of his pocket. It was $5,000. Paul put the money back in his coat pocket. And he walked out of the bank.

He went to the train station and bought a one-way ticket for New York City. That afternoon Paul left Pittsburgh forever.

The train traveled slowly through a January snowstorm. The slow movement made Paul fall asleep. The train whistle blew just as the sun was coming up. Paul awoke, feeling dirty and uncomfortable. He quickly touched his coat pocket. The money was still there. It was not a dream. He really was on his way to New York City with $5,000 in his pocket.

Finally, the train pulled into Central Station. Paul walked quickly out of the station and went immediately to an expensive clothing store for men.

The salesman was very polite when he saw Paul's money. Paul bought two suits, several white silk shirts, some silk ties of different colors. Then he bought a black tuxedo suit for the theater, a warm winter coat, a red bathrobe, and the finest silk underclothes. He told the salesman he wanted to wear one of the new suits and the coat immediately. The salesman bowed and smiled.

Paul then took a taxi to another shop where he bought several pairs of leather shoes and boots. Next, he went to the famous jewelry store, Tiffany's, and bought a tie pin and some brushes with silver handles. His last stop was a luggage store where he had all his new clothes put into several expensive suitcases.

It was a little before 1 o'clock in the afternoon when Paul arrived at the Waldorf-Astoria hotel. The doorman opened the hotel's glass doors for Paul and the boy entered. The thick carpet under his feet had the colors of a thousand jewels. The lights sparkled from crystal chandeliers.

Paul told the hotel clerk he was from Washington, D.C. He said his mother and father were arriving in a few days from Europe. He explained he was going to wait for them at the hotel.

In his dreams Paul had planned this trip to New York a hundred times. He knew all about the Waldorf-Astoria, one of New York's most expensive hotels. As soon as he entered his rooms, he saw that everything was perfect -- except for one thing. He rang the bell and asked for fresh flowers to be sent quickly to his rooms.

When the flowers came, Paul put them in water and then he took a long, hot bath. He came out the bathroom, wearing the red silk bathrobe. Outside his windows, the snow was falling so fast that he could not see across the street. But inside, the air was warm and sweet. He lay down on the sofa in his sitting room.

It had all been so very simple, he thought. When they had shut him out of the theater and the concert hall, Paul knew he had to leave. But he was surprised that he had not been afraid to go. He could not remember a time when he had not been afraid of something. Even when he was a little boy. But now he felt free. He wasn't afraid anymore. He watched the snow until he fell asleep.

It was 4 o'clock in the afternoon when Paul woke up. He spent nearly an hour getting dressed. He looked at himself often in the mirror. His dark blue suit fit him so well that he did not seem too thin. The white silk shirt and the blue and lilac tie felt cool and smooth under his fingers. He was exactly the kind of boy he had always wanted to be.

Paul put on his new winter coat and went downstairs. He got into a taxi and told the driver to take him for a ride along Fifth Avenue. Paul stared at the expensive stores.

As the taxi stopped for a red light Paul noticed a flower shop. Through the window, he could see all kinds of flowers. Paul thought the violets, roses, and lilies of the valley looked even more lovely because they were blooming in the middle of winter.

Paul began to feel hungry so he asked the taxi driver to take him back to the hotel. As he entered the dining room, the music of the hotel orchestra floated up to greet him. He sat at a table near a window. The fresh flowers, the white tablecloth, and the colored wine glasses pleased Paul's eyes. The soft music, the low voices of the people around him and the soft popping of champagne corks whispered into Paul's ears. 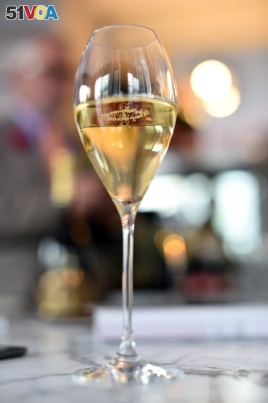 This is what everyone wants, he thought. He could not believe he had ever lived in Pittsburgh on Cordelia Street! That belonged to another time and place. Paul lifted the crystal glass of champagne and drank the cold, precious, bubbling wine. He belonged here.

Later that evening, Paul put on his black tuxedo and went to the opera. He felt perfectly at ease. He had only to look at his tuxedo to know he belonged with all the other beautiful people in the opera house. He didn't talk to anyone. But his eyes recorded everything.

Paul's golden days went by without a shadow. He made each one as perfect as he could. On the eighth day after his arrival in New York, he found a report in the newspaper about his crime. It said that his father had paid the company the $5,000 that Paul had stolen. It said Paul had been seen in a New York hotel. And it said Paul's father was in New York. He was looking for Paul to bring him back to Pittsburgh.

Paul's knees became weak. He sat down in a chair and put his head in his hands. The dream was ended. He had to go back to Cordelia Street. Back to the yellow-papered bedroom, the smell of cooked cabbage, the daily ride to work on the crowded street cars.

Paul poured himself a glass of champagne and drank it quickly. He poured another glass and drank that one, too.

Paul had a taxi take him out of the city and into the country. The taxi left him near some railroad tracks. Paul suddenly remembered all the flowers he had seen in a shop window his first night in New York. He realized that by now every one of those flowers was dead. They had had only one splendid moment to challenge winter.

A train whistle broke into Paul's thoughts. He watched as the train grew bigger and bigger. As it came closer, Paul's body shook. His lips wore a frightened smile. Paul looked nervously around as if someone might be watching him.

When the right moment came, Paul jumped. And as he jumped, he realized his great mistake. The blue of the ocean and the yellow of the desert flashed through his brain. He had not seen them yet! There was so much he had not seen!

Paul felt something hit his chest. He felt his body fly through the air far and fast. Then everything turned black and Paul dropped back into the great design of things.

You have just heard the American story "Paul's Case." It was written by Willa Cather.

Donna de Sanctis adapted it for VOA Learning English. Your storyteller was Kay Gallant. Now it's your turn. What do you think of "Paul's Case?" Could this kind of tragedy be prevented? What advice would you give to Paul, or to his father and teachers? Write to us in the Comments section and on 51VOA.COM.

txedo - n. a formal black suit for a man, worn with a white shirt and a black bow tie

chandelier - n. a large, decorated light that hangs from a ceiling and has branches for holding many light bulbs or candles

challenge - v. to test the ability, skill, or strength of