Update Required To play the media you will need to either update your browser to a recent version or update your Flash plugin.
By Anna Matteo
26 September, 2015


Now, the VOA Learning program Words and Their Stories.

Language changes over time. Many words and expressions have changed over the centuries. 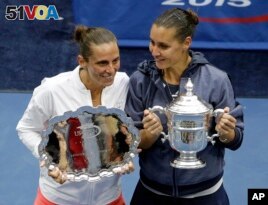 That was when the social website Facebook started using the word as a verb. Now, you can "friend" someone or "unfriend" them, as the case may be. However, be advised, using friend as a verb only works when talking about Facebook. Of course, that may change some day too.

But for now, the correct word for making friends is the verb "befriend." For example, you can use a sentence like, "She befriended many Korean students while living in China."

Speaking of making friends, it is easy to be friendly when things are going well for you. Maybe you have lots of money, a nice house and a fast car. No wonder people like you!

But what happens when you run into trouble? Maybe you lose your job or wreck your fast car? When you run into real trouble and need real help, you quickly learn who your real friends are.

In American English, we often use the saying, "A friend in need is a friend indeed." When you are in need, the person who helps you through the difficult times is, indeed, a friend.

There is also some debate about this expression. Some think it is not "indeed" but "in deed," as in a person's actions. The meaning does not change much, but the expression using "in deed" stresses the action of helping a friend in trouble.

The words tight and thick are often used to describe really strong friendships. If you are tight with someone, you are close with them. For example, I know two people who have been friends since grade school. They are super tight.

A good friend will see you through "thick and thin," meaning both the good times and the bad.

One of my favorite expressions to describe close friends is to say they are "thick as thieves." This may sound as if the friends are living a life of crime. Not so. But the saying may have its roots in criminal circles, which gives this expression a somewhat risky feeling.

Some word historians say this expression began in 17th century England within thieving communities. Thieves would often have secret languages to communicate. Today "thick as thieves" describes people who understand, trust and defend one another.

Speaking of crime, we sometimes joke that two people are partners in crime. Again, it doesn't mean they are actually criminals. This expression means that you always know what the other person is doing.

Two people do not have to be together all the time to be called two peas in a pod. Peas growing inside a pod are often very similar. So, people who are like peas in a pod have a lot in common.

Some people get along so well, it's as if they were made to be together. A dated expression that describes this relationship is to go together like a horse and carriage. These days Americans rarely say that. Instead, you might say "they go together like "milk and cookies." Or you could use other foods that go well together like, "mac-n-cheese," "salt and pepper," or "peanut butter and jelly," which is very American.

But if you do not get along with someone then you are like oil and water. In other words, you don't mix.

And that brings us to enemies, which will be the subject of another Words and Their Stories.

Try using some of these expressions about friends in the Comments Section.

Anna Matteo wrote this story for Learning English. George Grow was the editor. The song playing at the end is Queen's "You're My Best Friend."