Hats Off to You!

Update Required To play the media you will need to either update your browser to a recent version or update your Flash plugin.
By Anna Matteo
08 October, 2016


Hello and welcome to Words and Their Stories from the Voice of America!

This program helps you understand common expressions in the English language.

You know, we tailor this show for people interested in learning English. Words and Their Stories is tailored to fit people like you!

Now, let's say you are a regular listener to the show and you want to learn the meaning of the saying to be cut from the same cloth. So, you write to us requesting more information. Then I write a show about that expression. You could say that program is tailor-made just for you.

A tailor makes men's clothing. When a tailor goes to work, he or she first takes measurements. The tailor then makes clothing for just that individual, not a group of people. We call that kind of clothing tailor-made. They are not mass-produced or sold in stores.

The term tailor-made can also be used in other ways. If you are a student and find a class that seems perfect for you, you could say that class is tailor-made for you.

But now, let's get back to our earlier expression -- to be cut from the same cloth. When making a business suit, a tailor cuts the coat and pant legs from the same piece of cloth. This way, the color and quality of the material match.

The same can be said about people. If two people are cut from the same cloth, they are very similar.

Let's say Felix and Catherine design video games. The two young designers both want to design good games that help children. They also have the same sense of humor. They have a lot in common. So, you could say they are cut from the same cloth.

They are also good friends. So, if Catherine was in need, Felix would give her the shirt off his back. If someone is kind to others and helps those in need, we say that person would give you the shirt off their back. 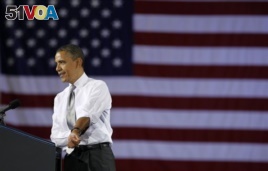 When a politician rolls up his sleeves in front of a crowd it is usually planned ahead of time, March 2012. (AP Photo/Pablo Martinez Monsivais)

The saying to roll up one's sleeves, however, is not the same as taking off your shirt. It means the person rolling up the shirt sleeves is preparing for some really hard work.

Now, we praise people who roll up their sleeves and who give you the shirt off their back. We take our hats off to these people. This means you look up to them and approve of their behavior. Another way of saying this is to tip your hat.

In the past, a man would take off his hat to show respect. These days, some men have lost that simple act of civility or they just don't wear hats. But the expression lives on.

I, for example, take my hat off to anyone who helps children. But personally, I don't tip my hat to anyone who rides someone's coattails.

To ride someone's coattails is to use your ties to someone else to become successful. Long coattails are no longer common on modern-day clothing. Yet the expression is still used today. And saying "you are riding someone else's coattails" is never a good thing.

But now, let's go back to our video game designers, Catherine and Felix.

What if Felix designed a game, and it became really successful. His career takes off and he becomes famous in the gaming industry. Yet Catherine's career is far from a success. Her games aren't selling. So, she uses her ties to Felix to get more work.

People who know them both say she is riding Felix's coattails. But Felix doesn't care. He likes Catherine. And he knows she is using his success to further her career.

Anyway, there is more to the story.

Felix knows Catherine better than most people. He thinks they have sized her up all wrong. To size up someone, or size someone up, means to examine them carefully and then make a decision about them.

Felix knows that Catherine is really good at creating video games. She has the interest and necessary skills. She just needs a break.

But let's say Catherine is still unhappy. She goes to a career counselor for advice on how to launch a successful career. He tells her there isn't a one size fits all answer to that question.

One size fits all clothing does just that: anyone can wear it. In real life, there is rarely a one size fits all solution to a problem. And that is how we usually use this expression.

After talking to the counselor, Catherine decides to start looking for a different job -- one that uses her game designer experience. She wants to keep quiet about her decision. She only tells her good friend, Felix. He promises to keep her plans under his hat. When you keep something under your hat, you don't share it with others. It's a secret.

Catherine isn't hiding anything in her clothing. She just wants to keep her plans private. But she is on pins and needles for months, hoping for a job offer.

She gets a job designing interactive websites for schools. This career fits her like a glove. A glove that fits well is comfortable. We use this expression when something seems agreeable or when two things are a good match. Catherine and Felix celebrate her good news. These two friends are a good match, too!

If you have a friend who would like to learn English, tell them to try us on for size! They may find we fit them like a glove. And don't be on pins and needles waiting for the next episode. That will happen next week!

Anna Matteo wrote this for VOA Learning English. George Grow was the editor.

The end song is Joe Cocker singing "You Can Leave Your Hat On."

match – n. a person or thing equal or similar to another

takes off – informal phrasal verb : to spring into wide use or popularity

secret – n. kept hidden from others : known to only a few people

magic – n. tricks that seem to be impossible and that are done by a performer to entertain people

magician – n. a performer who does tricks that seem to be impossible

private – adj. not known publicly or carried on in public; especially : intended only for the persons involved

interactive – adj. designed to respond to the actions, commands, etc., of a user