Tell Them You 'Heard it Through the Grapevine'

Update Required To play the media you will need to either update your browser to a recent version or update your Flash plugin.
By VOA
06 August, 2016


Hello and welcome to another episodes of Words and Their Stories, a VOA Learning English program.

Each week we explore the stories behind common American words and expressions. We try to give you useful information.

That is so because reports received through "the grapevine" are supposed to be secret. The information is very "hush-hush." It is whispered into your ear, with the understanding that you will not pass it on to others. 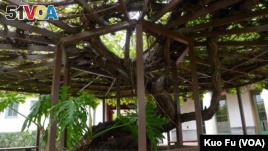 You feel honored and excited. You are one of the special few to get this information. You cannot wait. You must quickly find another ear to pour the information into. And so, the information, secret as it is, begins to spread – like a vine. Nobody knows how far the vine will spread.

The expression "by the grapevine" is more than 100 years old. But it seems like a new expression; it hasn't changed a bit and is often used in conversations.

The American inventor Samuel F. B. Morse is largely responsible for the birth of the expression. Among others, he experimented with the idea of telegraphy, sending messages over a wire by electricity.

When Morse finally completed his telegraphic instrument, he went before Congress to show that it worked. He sent a message over a wire from Washington to Baltimore. The message was: "What God hath wrought." This was on May 24, 1844.

And with those words, telegraphy was born. Everybody heard the news with great excitement. Everybody, it seems, but the author of "Walden," Henry David Thoreau. He wondered if men had anything to say that was worth sending by electricity. But Thoreau was a loner, a dreamer. Few shared his ideas.

Quickly, companies began to build telegraph lines from one place to another. Men everywhere seemed to be putting up poles with strings of wire for carrying telegraphic messages. The workmanship was poor and the wires were not often put up straight.

One was so badly built that people joked about it. They said it looked like a grapevine. A large number of the telegraph lines looked just as funny, going in all directions, as crooked as a grapevine. And so the expression "by the grapevine" was born.

Some writers believe that the phrase would soon have disappeared, were it not for the American Civil War. Soon after the war began, military commanders started to send battlefield reports by telegraph.

Then something strange happened. Besides these true reports, all sorts of wild rumors and false stories were being received in different places. These false reports spread quickly. They spread so fast that people believed there were "grapevine telegraphs" sending messages from a number of different places.

One soon heard the phrase, "by the grapevine" to describe false as well as true reports from the battlefield. There was a mystery about these reports. People wondered where the secret information came from. It was like a game: Was it true? Who says so?

Now, as in those far off Civil War days, getting information by the grapevine remains something of a game. A friend brings you a bit of strange news. It may be so shocking that you ask, "Where did you hear that?" The answer may be, "I heard it through the grapevine."

You have decide if it's true or not.

How do secret messages travel in your language? Do they also go through the grapevine?

The song at the end is Marvin Gaye singing, "I Heard It Through the Grapevine."

rumor -- n. information or a story that is passed from person to person but has not been proven to be true