Words and Their Stories: Top Brass

Update Required To play the media you will need to either update your browser to a recent version or update your Flash plugin.
By VOA
10 November, 2012

I'm Susan Clark with the Special English program WORDS AND THEIR STORIES.

The Italians have an old saying, "Il dolce far niente." The words mean it is sweet, or enjoyable, to do nothing.

On weekends and during holidays, many of us enjoy doing nothing. But most of the time we have to work. And, to keep our jobs, we must work hard. Our employer will not like it if we do nothing. 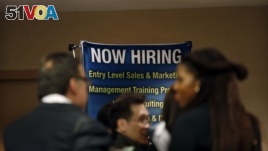 Experts disagree about how these strange expressions started. But, they may have come from Britain. Leaders of the nineteenth century British army wore pieces of metal called oak leaves on their hats. The metal, brass, has a color similar to that of gold. So a leader or commander came to be called a member of the brass. Or he might have been called a brass hat. Or, even the top brass.

By the nineteen forties, the expression had spread beyond military leaders. It also included civilian officials.

A newspaper in the American city of Philadelphia used the term in nineteen forty-nine. It called the most important police officials, top brass.

Other expressions that mean boss or employer have nothing to do with brass or hats. One of these is big cheese. A cheese is a solid food made from milk.

The expression probably started in America in the late nineteenth century. Some experts believe it comes from a word in the Uersian or urdu languages -- chiz. The meaning is a thing. So the meaning of big cheese may be a big thing.

Other experts say the word cheese in this expression was really an incorrect way of saying chief. The word chief means leader. So the expression may mean big leader.

An employer usually does not object to being called boss. But most workers would not call their employers big cheeses, top brass or brass hats to their faces.

These words are not really insulting. But neither do they show great respect.

Employers also have expressions to describe their workers. One of them that describes a good worker is that he or she works like a Trojan.

This expression probably comes from the ancient writings of the Greek poet Homer. He wrote about the Trojans who lived in the city of Troy. He said Trojans worked very hard to protect their city.

Now, the expression often is used to describe an employee who works hard for a company. A loyal, hard-working employee is said to work like a Trojan.

So be happy if your company's brass hats say you work like a Trojan. They may consider you valuable enough to increase your pay.
Related Articles
go top