Worried That People Are Laughing at You?

Update Required To play the media you will need to either update your browser to a recent version or update your Flash plugin.
By VOA
2012-5-8 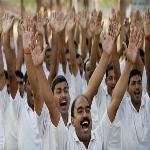 Being laughed at is a common fear. But a major study published in two thousand nine found that this fear is not the same around the world. It differs from culture to culture.

People in Finland were the least likely to believe that people laughing in their presence were making fun of them. Less than ten percent of Finns in the study said they would think that, compared to eighty percent of people in Thailand.

The study found that people in Turkmenistan and Cambodia were more likely to be in the first group. They would hide their feelings of insecurity if they were around other people's laughter. But people in Iraq, Egypt and Jordan were more likely to try to avoid such situations if they felt they had been laughed at before.

Shy people often avoid situations that would force them into close contact with other people. They worry that something they say or do will make other people laugh at them. But some people worry much more than others. They may have a disorder called gelotophobia. Gelos is a Greek word. It means laughter. Phobia means fear. This fear of laughter can be truly sad for those who live with it. It can affect how they lead their lives.

In the study, a team from the University of Zurich led more than ninety researchers from around the world. They wanted to understand the difference between normal shyness and true gelotophobia. Another purpose of the study was to compare the levels of fear of being laughed at in different cultures. The researchers surveyed more than twenty-two thousand people in forty-two different languages. The findings appeared in the scientific journal Humor.

And that's the VOA Special English Health Report. Is shyness a serious problem for you or someone you know? It was for a university student who asked people in our audience for advice on how to deal with it. You can find out what they said at 51voa.com -- where you can also read, listen and learn English with our stories. I'm Faith Lapidus.