At 13, Youngest Designer Ever in NY Fashion Week

Update Required To play the media you will need to either update your browser to a recent version or update your Flash plugin.
By VOA
11 September, 2014


Welcome to American Mosaic from VOA Learning English. I'm Caty Weaver. Every September, clothing designers gather in New York City to present their springtime creations to the public. The city also holds a fashion week in February to show clothes for autumn.

Today we talk about two designers presenting their work in their first New York Fashion Week. We will start with the youngest...ever.

Thirteen-year-old Isabella Rose Taylor began painting at the age of three. She says she also loved clothes. By the age of nine, she had combined the two interests and launched a clothing line. The major American retailer Nordstrom sells her products. 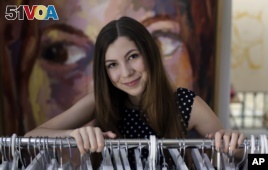 Isabella Rose Taylor, 13, is the youngest designer ever at New York Fashion Week. 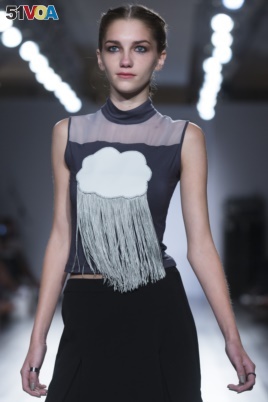 But, Isabella has never been on the professional side of Fashion Week before. She clothed her models in mostly neutral colors and sent them down the runway on Tuesday. Isabella's styles included short skirts, long dresses, and tops with details like hanging strings called fringe. The designer called the collection a "story of spring with rainy days and colorful beginnings."

Isabella is not just successful in the clothing design world. A private art dealer in her hometown of Austin, Texas sells her paintings. And, the 13 year old is a great student. She is currently in her second year of college, many years younger than most U.S. university students.

Another designer new to New York Fashion Week is famous for a completely different first career. Tennis champion Serena Williams presented her clothing line for the first time at the event.

Williams came to New York right after winning the U.S. Open women's singles championship for the sixth time in her career. She is the highest-rated woman tennis player in the world.

But Williams has a second dream profession. For years, she did not dress like the other professional tennis players. She chose court clothing that presented a young, modern and edgy look. Critics expressed mixed opinions about her style sense. But, for now, she has taken her fashion game to the experts. 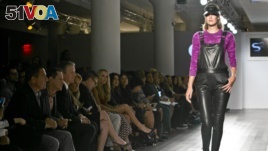 A model in a Serena Williams design on the runway for Fashion Week.

Williams' runway show included 27 pieces featuring animal prints, leather and shoes with very high heels. Williams says she was involved with every part of the show, including the models' hair and make-up styles.

Serena Williams designed the clothing to sell on the television shopping network HSN. And her first New York Fashion Week show was a success by at least one marker. A much respected editor of a much respected fashion magazine attended. Vogue head Anna Wintour also took part in photographs with Serena Williams after the show.

fashion - n. a popular way of dressing during a particular time or among a particular group of people; the business of creating and selling clothes in new styles

retailer – n. someone or something that sells things directly to customers for their own use

skirt - n. a piece of women's clothing that circles the waist and hangs over the lower body

edgy - adj. new and unusual in a way that is likely to make some people uneasy

heel - n. a solid attachment of a shoe or boot forming the back of the sole under the heel of the foot