Across Africa, 2015 Has Been a Lean, Hungry Year

Update Required To play the media you will need to either update your browser to a recent version or update your Flash plugin.
Anita Powell
December 26,2015

Countries as diverse as South Sudan, Malawi and the Central African Republic have sounded the alarm in recent months. The U.N. World Food Program says sub-Saharan Africa already has the world’s highest prevalence of hunger; one person in four is undernourished. Every day in Africa, 23 million children go to school hungry.

The agency’s David Orr said that in the lower half of Africa, where weather is the main culprit, 2015 has been an unusually difficult year. 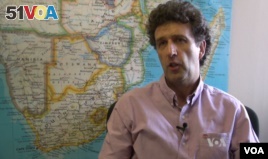 “I think what makes things different this year is the combination of drought and then an El Nino weather event coming right after that, so that people are effectively being hit by two consecutive years of reduced rainfall," he said. "It's particularly difficult on a region where 70 percent of the population are subsistence farmers.”

But African governments say they, too, they have an important role to play, and that the hunger crisis is their failure as well. Malawi’s minister of finance earlier this year described his nation’s hunger situation as “a scandal” and pledged to do more.

In Ethiopia, the government has committed a record $192 million to the problem amid news that as many as 10 million people will face critical food shortages next year because of a crippling drought.

John Graham, Save the Children's country director in Ethiopia, told VOA that African governments need to do more, because international donor budgets are increasingly squeezed by crises elsewhere in the world.

But, he said, they still can’t do it alone.

“The Ethiopian government has stepped up," Graham said. "They’ve pledged about $200 million, which is far more than I’ve ever seen them pledge for any other emergency, and so I think that they’re really trying to do their best. But I think the international community should really stand by them, and also make big pledges. And so far — I’ve been here for 18 years, and this is the slowest response that I’ve seen to this type of crisis.”

Elsewhere on the continent, such as in South Sudan, the problems are trickier. There, two years of brutal conflict have played a huge role in pushing hundreds of thousands of people to starvation.

But aid officials say aid agencies can only do so much on their own.

“We and the other humanitarian agencies are there to support the governments," Orr said. "And that’s more and more what we’re doing — not just providing lean-season relief programs, and other forms of food assistance, but actually giving technical support and institutional capacity to really increase the ability of governments to solve these problems for themselves.”

That, everyone acknowledges, is a long and difficult process, but one that governments and donors need to tackle if they want to avoid a repeat of 2015.