Update Required To play the media you will need to either update your browser to a recent version or update your Flash plugin.
Joe DeCapua
July 08,2015


A panel of experts released its assessment Tuesday on the World Health Organization’s response to the West Africa Ebola outbreak. It said the crisis not only exposed organizational failings in the WHO, but shortcomings in the 10 year old International Health Regulations. The panel’s chair called the outbreak a defining moment.

“I think you all know that a year back from now we were really looking into the abyss, wondering how we could make sure that Ebola did not spread to the whole world.”

She explained why the scale of the disease was a defining moment for the WHO and member states. 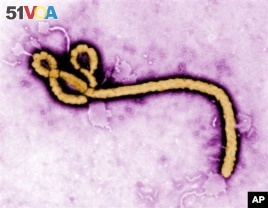 “We think that there is a need for reform in the International Health Regulations. There is a need already for adherence to the regulations that are there, but we think they need strengthening. In part, because there are few incentives for countries to declare emergencies, but also a number of countries do in emergencies, including this one, put on trade and travel bans, which not only frighten people out of declaring, but they also make it very difficult to deliver a proper response,” she said.

The panel examined the WHO as a health emergency agency.

“We know that for it to function properly for that it will need to be changed quite a lot to be truly fit for purpose. But we think that is perfectly possible and we are very pleased to know that the World Health Assembly agreed with us,” said Stocking.

The panel also considered the WHO’s role and cooperation with other health and humanitarian systems.

“WHO needs to make sure that it is properly interconnected with that wider humanitarian system. Because we believe that if that had happened back in May/June of last year, we wouldn’t have reached the position that we did,” she said.

The experts said WHO member states must also do their part, including “political and financial support to the organization.”

The Ebola Interim Assessment Panel said while “health is considered the sovereign responsibility of countries, the means to fulfill this responsibility are increasingly global.”

It recommended that countries should be given incentives to encourage them to notify public health risks to the WHO. It also said global health issues should be at the center of the global security agenda. The panel added that the World Health Organization should remain the lead agency in an emergency response. But it stressed that organizational and financial issues must be urgently addressed.