Everything Old is New Again at Met Breuer Museum

Update Required To play the media you will need to either update your browser to a recent version or update your Flash plugin.
Tina Trinh
March 04,2016


NEW YORK— When it comes to art, perspective is everything. Perhaps that's why directors at New York City's famed Metropolitan Museum of Art decided to shift theirs, setting their sights on a new location in Manhattan.

The Met Breuer opens March 18 in the same building once occupied by the Whitney Museum of American Art at 75th Street and Madison Avenue. Curators won't be straying far from the building's famous contemporary leanings, but they're putting their own perspective on modern art, and it's colored by their expertise in history and anthropology. 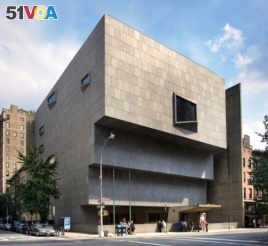 According to the website, the Met Breuer will showcase modern and contemporary art "through the lens of history."

Met Research Assistant Brinda Kumar noted, "The Met is known for its deep and historic holdings, and to position modern and contemporary within that longer context is something quite unique."

In “Unfinished,” visitors will see a vast collection of 20th- and 21st-century works that demonstrate how even the best artists, whether intentionally or not, left work undone or appearing as if undone. From Leonardo da Vinci to Pablo Picasso to Andy Warhol, a unifying theme emerges. It's an idea that has stood the test of time: We don't always finish what we start. 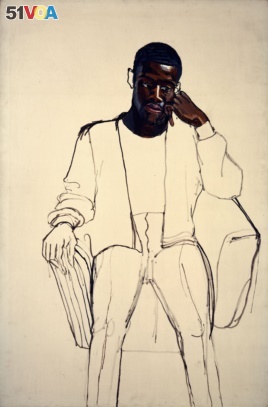 As far as the surrounding space is concerned, the spare and modern décor of the original building was left mostly unchanged by Met directors. Longtime visitors to the former Whitney Museum may have a hard time separating the building's former identity from its current holdings.

The dichotomy of old and new was not lost on art critics.

"For me, it was amazing to see Renaissance and Baroque art in this space where I've had my education in contemporary art over decades," said writer Leslie Camhi.

And perhaps "Unfinished" is a fitting title for the Met Breuer's own efforts to start anew in a space that's markedly different in both look and feel from the original Met Museum. By showcasing contemporary works like that of Indian artist Nasreen Mohamedi, visitors will begin to see the Met as more than just an exhibitor of Egyptian tombs and historical artifacts. 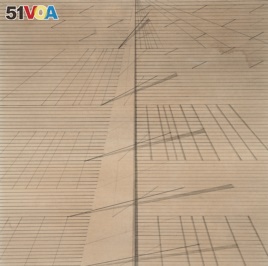 Those contemporary works will ultimately have their own place in history, so long as viewers are open to their new perspectives.

Added Yablonsky, "The art doesn't mean anything until the viewer is with it, basically, to give it meaning. That's why we're here, to create a context for the old Whitney, now Met Breuer."

And in the context of the art world, new perspectives are always welcome.