Update Required To play the media you will need to either update your browser to a recent version or update your Flash plugin.
By VOA
Jan 10, 2017

When such people are identified, the U.S. Government places their name on the Specially Designated Nationals List. Their assets within U.S. jurisdiction are immediately frozen, and they are locked out of the global financial network. No U.S. citizen or company may conduct business with a designated individual. In this way, the United States disrupts financial support networks for terrorists and terrorist organizations. 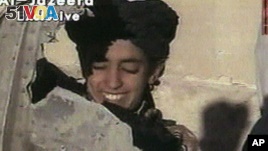 Hamza bin Laden, born around 1989, was officially named an al-Qa'ida member in a 2015 audio message by Ayman al-Zawahiri, who has headed the terror group since the 2011 death of Osama bin Laden. As part of the same audio message, Hamza bin Laden threatened attacks against the United States as well as Americans abroad. He also called for lone offender attacks against U.S., French, and Israeli interests in Washington; Paris; and Tel Aviv. Similarly, in a message issued in the summer of 2016, Hamza bin Laden called on tribes based in Saudi Arabia to unite with al-Qa'ida's affiliate in Yemen, and together to wage war against the Kingdom of Saudi Arabia.

The State Department's designation serves notice globally that Hamza bin Laden is actively engaged in terrorism. Designations of terrorist individuals and groups expose and isolate them, and serve as a useful tool to assist or complement the law enforcement actions of other U.S. agencies, as well as other governments.