Update Required To play the media you will need to either update your browser to a recent version or update your Flash plugin.
Joe DeCapua
July 17,2015


This September will mark the end of the U.N. Millennium Development Goals and the beginning of the Sustainable Development Goals. One of the proposed 17 goals calls for ensuring healthy lives and promoting wellbeing for all. One health-related NGO said achieving that will require innovation.

“It is a PATH-led initiative that’s working to create a platform to identify and assess and then showcase high-impact innovations that can accelerate progress towards these new global health goals that are included in the United Nations Sustainable Development Goals.”

The technologies include drugs, devices, vaccines and diagnostics. 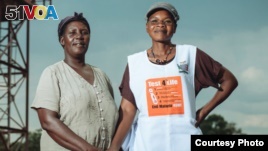 “Are we talking big money? Well, we’re talking, I think, big innovations. I think it really depends on where they are in the stage of development. So, there are vaccines that are showcased, for example, that still need a lot of development dollars to move forward. There are also later stage innovations that still have challenges in really getting out there for true impact,” she said.

Harner-Jay said one of the technologies featured in the report is a small-scale water treatment device.

“There’s an innovation that’s highlighted there called the Zimba, which is an automated batch chlorinator that was actually developed in India. And it’s a rugged device that sits directly on a hand pump or community tap that than can automatically chlorinate water.”

There are 30 innovations listed in the PATH report, such as neonatal resuscitators to help newborns breathe better; hand-held blood pressure devices to detect possible complications when a woman gives birth; and new formulations of the powerful pain medication oxytocin to control bleeding after childbirth.

She said, “We conducted health impact modeling for a select number of innovations in the maternal and child, newborn health space this year. And we used key model drivers, like coverage, and the availability and use of an innovation in a given setting – and then also effectiveness. And then we also estimated the lives saved based on a number of assumptions that again relate to how an individual seeks care, obtains that health care innovation and so on.”

Harner-Jay said, “That is a simple low cost kit that consists of a condom that’s tied to a catheter and then it’s inflated with clean water through a syringe and a one-way valve. And that again is used to manage post-partum hemorrhage, which is the leading cause of maternal death.”

The U.N. Summit to adopt the post-2015 development agenda will be held from September 25th through the 27th.

“We actually look at innovations that can accelerate progress towards the Sustainable Development Goal number three, ensuring healthy lives and promoting well-being for all ages. And then the very specific health targets are pretty much mortality end points. So, they include things like reducing global maternal mortality by less than 70 deaths per 100,000 live births – or ending preventable deaths of newborns and children under five,” she said.

Harner-Jay said PATH is engaging entrepreneurs, investors, innovators and experts to raise awareness about health innovations and get them on the market. She said while 30 innovations are highlighted in the report, many others were submitted to PATH. The organization intends to feature them through what’s called an Internet data visualization tool to allow the public to see them and understand how they work.