Update Required To play the media you will need to either update your browser to a recent version or update your Flash plugin.
By VOA
Nov 22, 2016


There is a dangerous global trend in violence against journalists. Indeed, a growing number of journalists are being targeted by violent extremists and transnational criminal organizations, said the Spokesperson for Democracy, Human Rights and Labor Affairs at State Mario Crifo. Organizations such as Da'esh in Iraq and Syria, extremist militias in Libya, al-Shabaab in Somalia and Boko Haram in Nigeria have brutally attacked journalists who threaten to bring the truth of crimes and corruption to light.

The Committee to Protect Journalists, or CPJ, estimates that as many as 40 percent of crimes against journalists are committed by these kinds of groups and their supporters. 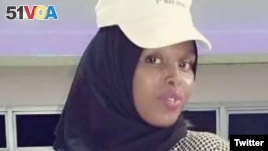 One of those killed was Sami Jawdat Rabah. He was abducted in October 2015 by Da'esh fighters in Syria, brutalized, and later killed, with a video of his killing made available for the entire world to see. He was a reporter for the Syrian Observatory for Human Rights working to document the abuses of the Syrian regime and of Da'esh.

In June 2016, Sagal Salad Osman was attacked and gunned down in Somalia. She was a reporter with Somali National Television and Radio Mogadishu where she worked to give voice to Somali demands for an end to the violence there.

As President Barack Obama has said, “The world is a better and stronger place when individual conscience and a press that is free [are] allowed to function.”

In order to achieve that vision, the U.S. has made a major reinvestment in the Securing Access to Freedom of Expression Initiative. Dubbed SAFE, the initiative provides training in digital and physical security to journalists through regional centers to help them do their jobs while avoiding targeting.

In addition, each year the Department of State conducts an annual Free the Press campaign, which highlights the stories of journalists who have been imprisoned around the world and calls on governments to release them.

The U.S. will continue to work to eliminate impunity for crimes against media professionals. Not only is that the right thing to do to secure justice for journalists and their families - it is essential to achieving the goal of a press that is free to report the truth.