Update Required To play the media you will need to either update your browser to a recent version or update your Flash plugin.
By VOA
Oct 30, 2017


While the United States is deeply concerned over Iran's destabilizing behavior in the Middle East, there is another reason why President Donald Trump has called the Iranian government a “fanatical regime” exercising “extremist rule:”

“The Iranian regime's longest suffering victims are its own people. Iran has a rich history and culture, but the people of Iran have endured hardship and despair under their leaders' reckless pursuit of conflict and terror.”

One recent example of what Iranians have to endure is the treatment by the government of Iranian-born physician and emergency medicine expert Ahmadreza Djalali.

On October 21, a revolutionary court sentenced him to death on charges of espionage, after what Amnesty International called “a grossly unfair trial.” A resident of Sweden who had been teaching a class on disaster medicine at the invitation of the University of Tehran, Dr. Djalali was arrested in April 2016, kept in solitary confinement for months, denied access to a lawyer of his choice, and pressured into signing a false confession. A document that claims to be a literal transcription of a handwritten text produced by Djalali inside Evin prison, says that he believes he was arrested for refusing to spy for the Iranian intelligence service. 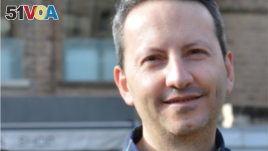 In the presentation to the United Nations of her semi-annual report on the situation of human rights in Iran, UN Special Rapporteur Asma Jahangir deplored the conviction and death sentence of Dr. Djalali. She also spoke of other grave and continuing abuses by the government against Iran's human rights defenders, labor activists, women's rights activists, journalists and bloggers.

Vice President Mike Pence has said, “It's no coincidence that some of the most dangerous regimes in the world are also some of the worst abusers of human rights.”

As he promised, the United States will continue to speak out, “whenever and wherever the unalienable rights of innocent people...are at risk.”

The United States again calls on Iran to uphold its obligations under Iranian and international law and to ensure that the human rights of all individuals in Iran are respected and guaranteed.