Journalists Must be Protected

Update Required To play the media you will need to either update your browser to a recent version or update your Flash plugin.
By VOA
Jan 10, 2018


Journalism remains a dangerous profession in too many places around the world. On October 16, Daphne Caruana Galizia, a journalist reporting on corruption in Malta as part of the Panama Papers investigation, was killed by a car bomb. In September attackers set fire to the car of Yulia Latynina, a columnist for Novaya Gazeta and host of a weekly radio show in Russia.

“Protecting journalists and media practitioners against violence from those who may want to censor them is a core tenet of freedom of expression,” said Shannon Maguire, a Media Advisor with USAID's Bureau for Europe and Eurasia promoting independent media development. 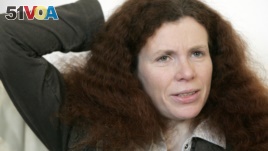 Since 1992, more than 800 journalists have been murdered around the world, according to the Committee to Protect Journalists, or CPJ. Of those cases, 86 percent were killed with impunity, meaning no one has been held responsible.

In Russia, which ranks in the top 10 of CPJ's list, the attack on Latynina is just the latest in a series of assaults and threats against Russian journalists and opposition figures that have not resulted in formal charges.

The U.S. Agency for International Development, or USAID, has prioritized support to independent media in Europe and Eurasia since beginning work there in 1992. Its programs focus both on the supply and demand sides of news and information, as well as advocating for greater press freedom.

One such program is the Regional Investigative Journalism Network, which helps shield reporters from attack by making it more difficult for criminals to pinpoint those who have exposed their wrongdoings.

In Ukraine, USAID's U-Media Project has collaborated with more than 500 independent media outlets to ensure that professional journalists operate safely and protect their data in conflict areas in eastern Ukraine and Crimea while they report on the fighting and Russian occupation.

Donors, policymakers, advocacy organizations, and civil society organizations must continue to exert pressure on those involved in censorship to ensure the continuation of open, public debate and the free flow of information.

“Journalists are not soldiers and their cameras and pens are not weapons,” said Ms. McGuire. “They shouldn't need to fear the phrase ‘Don't kill the messenger.'”