A Need to Close the Digital Gender Gap

Update Required To play the media you will need to either update your browser to a recent version or update your Flash plugin.
By VOA
Oct 21, 2017


One of the most efficient ways to promote peace and jump-start flagging economies is to empower girls and invest in their education. Today, girls' lack of access to basic education is compounded when it comes to the use of digital technology, leaving them far behind boys. And because the world is ever more digital, those who lack basic internet skills will find it increasingly more difficult to participate in the formal economy, to obtain a quality education, to access health care, information and psychosocial support, to have their voices heard.

Since 2013 the global gender gap in male and female access to the Internet has actually increased from 11 to 12 percent. Worse yet, women and girls living in the poorest countries are 31 percent less likely than men and boys to have access to the Internet. In developing countries, some 200 million fewer women than men own a mobile phone, the most common means of Internet access there. This digital divide is increasing, and should it continue at the present pace, it is projected that over 75 percent of women and girls will lack internet access and digital skills. 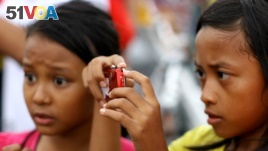 There are many causes for the digital gender gap. They include girls' exclusion from basic education writ large, from specific technology education and design, high costs of both devices and internet access, scarcity of content relevant for women and girls, and socio-cultural biases and discrimination, such as barriers to women speaking freely and privately both online and offline. Indeed, one of the most insidious reasons why girls may be discouraged from learning how to access and use digital technology is also a groundless one: that girls are simply not adept at using technology.

The United Nations has affirmed that human rights online are human rights offline. These stereotypes reinforce harmful norms that keep women and girls from enjoying their human rights.

According to the International Institute for Sustainable Development, an independent, non-profit and non-governmental research organization, the gender digital divide is a major roadblock to women's economic empowerment and participation in the economy. Without a major escalation of policy effort and investment, most of the benefits of technological change will be enjoyed only by men, exacerbating gender inequality. This also results in lost economic growth and innovation that is possible only when men and women have equal access to technology and the economy.

In the words of USAID Senior Gender Coordinator Michelle Bekkering, “A girl's future should be defined not by her sex, but by her commitment to hard work and ability to access the resources she needs to succeed.”