One Year Ago, Mosul was Liberated

Update Required To play the media you will need to either update your browser to a recent version or update your Flash plugin.
By VOA
Jul 10, 2018


One year ago July 10, the city of Mosul, ISIS's self-declared capital in Iraq, was liberated from ISIS by Iraqi Security Forces.

The loss of its capital in Iraq cannot be overstated. The group's capture of the city on June 10th, 2014, was a major propaganda coup for the terrorists and a blow to Iraq's security and stability. In early July, ISIS leader Abu Bakr Baghdadi, declared a caliphate from the grand Mosque of al-Nuri in Mosul's old city. 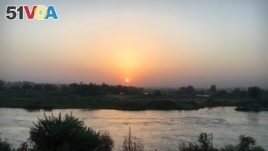 For three years, the terrorists brutalized the population, burned books and destroyed the city's cherished antiquities.

In late 2016, Iraqi forces began a campaign to re-take Mosul. But as they were slowly pushed out of the city, the terrorists became ever more brutal. According to Amnesty International, ISIS rounded up thousands of civilians for use as human shields. They killed hundreds of civilians who attempted to flee and hanged their bodies in public areas.

When Iraqi forces finally evicted ISIS from Mosul on July 10, 2017, the city lay in ruins. Over 500 buildings had been destroyed, including the al-Nouri Mosque. Nonetheless, the liberation of Mosul was a severe loss to ISIS. Not only did it represent a tremendous blow to the terrorists' prestige and the illusion of invulnerability ISIS cultivated, the city was its last strategic stronghold in Iraq, and its loss was the beginning of the end for their ambitions in Iraq.

In the 12 months since the last ISIS fighter fled Mosul, much has changed. ISIS losses continued to mount, and today, having lost all its territory in Iraq, the terrorist group is fighting for its last footholds in Syria.

In Mosul, the second part of freeing the city from the stain of ISIS—demining, rebuilding and restoration of services--is well on the way. Under Iraqi leadership, the United Sates and Global Coalition partners are working closely with the UN to stabilize Mosul.Hundreds of thousands of its citizens are returning to homes they once fled. Children are going back to school and markets are once again opening for business.

Mosul will never be the same. Nonetheless, as it has done for over 2500 years, it will survive.