Update Required To play the media you will need to either update your browser to a recent version or update your Flash plugin.
By VOA
Oct 27, 2016


Pakistan's parliament recently voted unanimously to toughen the laws against so-called “honor killings.” The United States commends the efforts of Pakistan to end this barbaric practice. 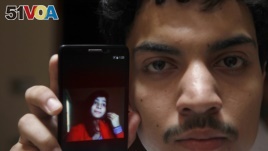 “Honor killings” have long been a serious problem in Pakistan and in recent years public outrage against this practice has grown. According to a study, more than 1,000 women were killed last year in honor killings, often by male relatives who believed the victims had tarnished the family name by marrying a man of their own choosing, or even sitting or meeting with a man.

There have been several particularly outrageous killings in recent months. Qandeel Baluch, a social media celebrity and feminist, was choked to death by her brother; a mother, with the help of her son, strangled and set fire to her daughter because she married a man of her own choosing; a teenage girl was tied up in a car and set on fire on orders of Tribal leaders, allegedly for helping a friend elope.

The legislation, strengthening punishments for so-called “honor killing” “is an important step toward protecting women and girls in Pakistan,” said U.S. State Department Spokesperson John Kirby, “and promoting their full participation in society. Raising social awareness and holding perpetrators accountable are critical next steps, and we will continue to support Pakistan's efforts.”

No woman anywhere should have to die for choosing whom she will marry or how to conduct her life.