Update Required To play the media you will need to either update your browser to a recent version or update your Flash plugin.
By VOA
Oct 26, 2016


Something remarkable happened in the Seychelles recently. In parliamentary elections, a coalition of opposition parties won the majority of votes, ending the ruling party's four-decade hold on power. Bowing to the will of the people, President James Michel announced his resignation saying, "the time has come to hand over the reins of power to a new leader."His decision to resign was in response to a constitutional amendment passed earlier this year limiting future presidents to two terms in office.

In a high-level panel discussion at the United Nations moderated by U.S. Assistant Secretary of State for Democracy, Human Rights and Labor Tom Malinowski, participants agreed that respecting constitutionally-mandated term limits is directly related to a country's peace, security, stability, and future prosperity. Participants also observed that enforcing term limits is only part of the equation -- to build a genuinely sustainable democratic future and to counter many leaders' claims that they are “indispensable” to the development of their country, respect for term limits must also be accompanied by respect for fundamental rights and freedoms, as well as strong democratic institutions. 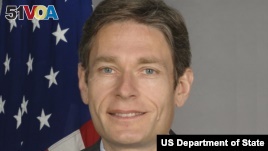 A new generation of citizens that believes that leaders should not profit at the expense of their country is rising up around the globe. As President Obama stated in an address to the African Union in Ethiopia last summer, “Nobody should be president for life. And your country is better off if you have new blood and new ideas.” The U.S. supports citizen voices around the world that recognize countries only prosper when people are truly free to choose their own leaders.