We're counting down the five most popular songs in the Billboard Hot 100 Pop Singles chart, for the week ending August 13, 2016.

The Rio Olympics are in full swing this week and it's worth noting that our lineup is packed with chart champions: every artist has been a “gold medal” winner at least once in the Hot 100...with two exceptions.

We'll start with Justin Timberlake, whose trophy count stretches back to his days with ‘N Sync.

Justin retreats a slot to fifth place with his former champ “Can't Stop The Feeling.” He has collected six Hot 100 victories, including one with his old group ‘N Sync. Add six “silver” and “bronze” finishes – that's second and third-place singles...along with a slew of monster albums, and his stature in the pop Olympics is unquestioned. 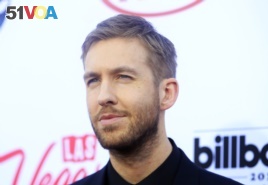 Number 4: Calvin Harris Featuring Rihanna "This Is What You Came For"

Dipping a slot to fourth place are Calvin Harris and Rihanna, who brought home the gold medal in 2011 with “We Found Love.” Is Calvin living that song right now? The song was co-written by Calvin's ex-girlfriend Taylor Swift. The Scottish DJ has been seen with singer Tinashe since the breakup, but she says they're just good friends who chat a lot.

As for Rihanna and Drake, well...that's a topic for another day. It's complicated. Here on the hit list, though, it's simple: Drake, WizKid and Kyla dip a slot to third place with their former champ “One Dance.” It's the third Hot 100 winner for Drake and the first for WizKid and Kyla. WizKid also gets Olympic points for becoming the first Nigerian gold medal winner in the Hot 100 event. Every Olympic athlete knows it's important to achieve a fast start, so Major Lazer, Justin Bieber, and MO must feel good about this: “Cold Water” is this week's Hot Shot Debut song in second place.

All three are hit makers, but only Justin Bieber has tasted ultimate victory...he's a three-time gold medal winner on the Hot 100. Major Lazer and MO enjoyed one of last year's best-selling hits with “Lean On,” but it only managed a fourth-place showing on the Hot 100. 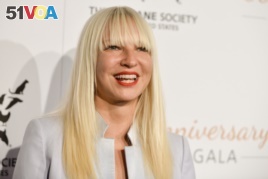 Both pop music and the Olympics have the ability to bring nations together, and we have a perfect example up at number one: Sia from Australia and Sean Paul from Jamaica enjoy a second week at the summit with “Cheap Thrills.”

It's Sia's first taste of pop music gold, while Sean Paul steps atop the podium for the fourth time in his 16-year recording career.

The Olympics will continue next week, and of course so will the hits...join us in seven days and I'll bring you up to speed.