We're counting down the five most popular songs in the Billboard Hot 100 Pop Singles chart, for the week ending August 20, 2016.

No new cards get dealt this week, but the musical deck does get shuffled a bit.

Major Lazer has become a chart powerhouse, and the members say that fame isn't always fun. Group members Diplo and Jillionaire tell Britain's Daily Star that they deal with the pressure through monthly group therapy sessions conducted via Skype.

They should talk with Justin Timberlake – he's been a star for more than 20 years.

Justin fights back this week, as his former champ “Can't Stop The Feeling” rebounds a slot to fourth place.

Justin's been a public figure for 24 of his 35 years. He first appeared on the TV show Star Search at age 11, and in 1993 and '94 was a cast member on the Mickey Mouse Club. His fellow Mouseketeers included Christina Aguilera and his future girlfriend Britney Spears.

In 1995 Justin joined ‘N Sync...and that's when his career really took off.

Number 3: Calvin Harris Featuring Rihanna "This Is What You Came For"

Calvin Harris and Rihanna climb a notch to third place with “This Is What You Came For.” Rihanna's expanding her movie resume...she is reportedly in talks to join an all-female cinematic reboot of Ocean's Eleven. Titled Ocean's Eight, it will also feature Cate Blanchett, Sandra Bullock, Helena Bonham Carter, and Mindy Kaling. Filming begins later this year in New York City. 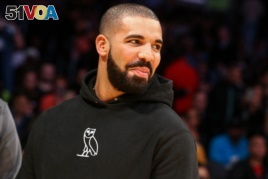 Ex-champs Drake, WizKid and Kyla must want back on top, because they fight their way to number two with “One Dance.” You know Drake – but what about the other two?

Do you know WizKid? He's a big star in Africa, and he's also the first Nigerian performer to top the Hot 100. As for Kyla, she was an English teacher in the U.K. before turning to music.

Do you mind if Sia and Sean Paul spend a third week at number one? I'm sure they don't.

This November, Sean Paul sets sail on the “Welcome To Jamrock Reggae Cruise,” leaving out of Fort Lauderdale, Florida.

That's it for now, but we'll embark upon another chart voyage next week.