Update Required To play the media you will need to either update your browser to a recent version or update your Flash plugin.
By Ray McDonald
Jun 22, 2017


This is the Top Five Countdown. We're on the job with the five most popular songs in the Billboard Hot 100 pop singles chart, for the week ending June 24, 2017.

One little change...that's what we have for you this week. It happens in fifth place, where Kendrick Lamar stumbles a slot with “Humble.”

On September 14, Kendrick will be in New York City for Rihanna's third annual Diamond Ball. The fundraising gala will benefit her charitable Clara Lionel Foundation – comedian Dave Chappelle will host. Kendrick and Rihanna recently shot the video for his single “Loyalty.” 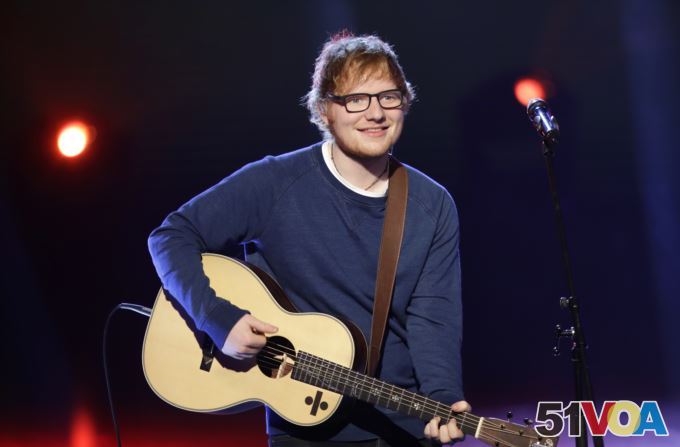 Last week, Kendrick knocked Ed Sheeran out of fourth place; this week, Ed takes it right back with “Shape Of You.”

On June 25, Ed will perform at England's famous Glastonbury Festival, and his backstage tour requests have leaked online. He wants Robinson's squash – that's a fruit drink – along with Fanta soda and a jar of Manuka honey, presumably to soothe his throat after performing. 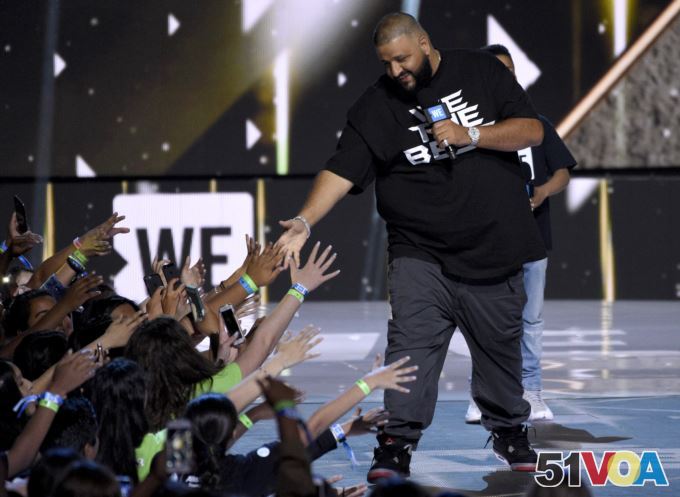 FILE - DJ Khaled greets the audience at WE Day California at the Forum in Inglewood, California.

Holding in third place are DJ Khaled, Justin Bieber, Quavo, Chance The Rapper and Lil Wayne with “I'm The One.”

On June 18, angry fans booed DJ Khaled off the stage at the Electric Daisy Carnival in Las Vegas. The producer/DJ ended his performance after only 20 minutes into his hour-long set; he later claimed that his sound system had been sabotaged. On June 30, DJ Khaled and Lil Wayne will go to sea on the three-night Norwegian Cruise Line “Summerfest Cruise.” It leaves from Khaled's home town of Miami. 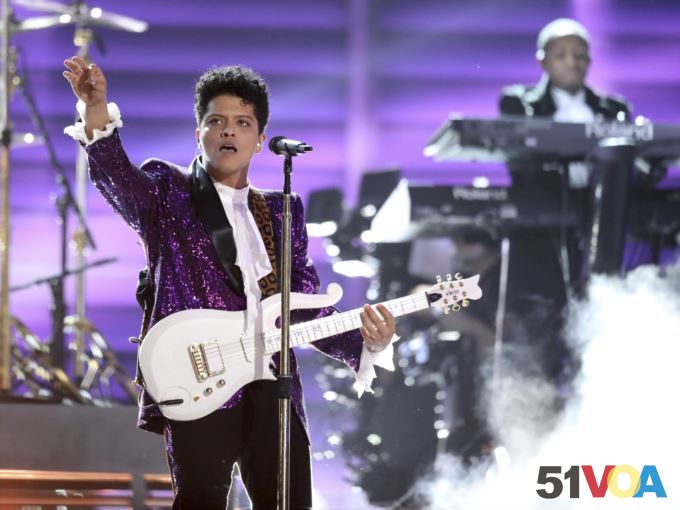 Holding in second place is Bruno Mars with “That's What I Like.” Bruno ended his European tour with a video gift for his fans.

On June 16, Bruno celebrated the end of the tour with a behind-the-scenes video. Appearing on Instagram, the clip featured backstage footage of Bruno and his crew partying, preparing for the stage, and playing video games. From here, Bruno heads back to North America, beginning July 15 in Las Vegas. 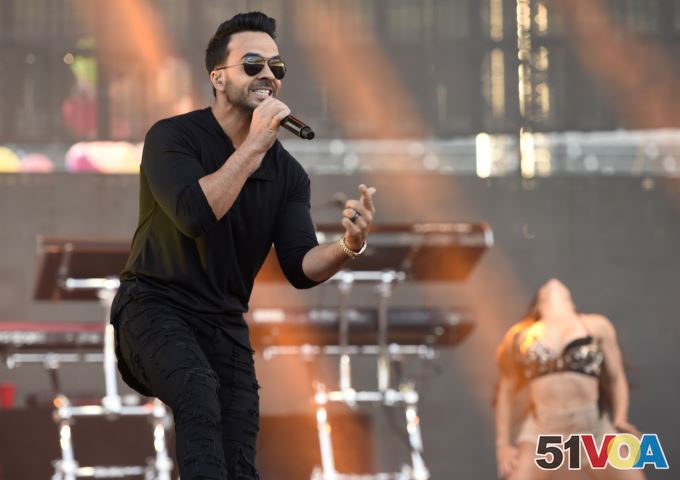 Luis Fonsi performs at Wango Tango at StubHub Center, May 13, 2017, in Carson, California.

Luis Fonsi, Daddy Yankee and Justin Bieber are your Hot 100 champs for a fifth week with “Despacito.”

Can “Despacito” make it a sixth week at number one? Join us next time and we'll find out!