Top 5 Songs for Week Ending May 14

Update Required To play the media you will need to either update your browser to a recent version or update your Flash plugin.
Ray McDonald
May 12,2016


These are the five most popular songs in the Billboard Hot 100 Pop Singles chart, for the week ending May 14, 2016.

U.S. author William Faulkner once wrote, “The past is not dead. It’s not even past.” He could have been referring to this week’s lineup, as you’ll see below.

Number 5: Mike Posner " I Took A Pill In Ibiza"

Mike Posner starts us off, as “I Took A Pill In Ibiza” rests in fifth place. Mike “dropped” his new album this week…literally. On May 9, Mike partnered with GoPro cameras to promote his new sophomore album At Night, Alone. An album attached to a GoPro was dropped from a weather balloon soaring 32 kilometers above the earth. A teaser clip is currently online, with the full video on the way. 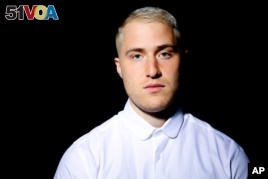 Number 4: Prince "Purple Rain"
Our next single mixes tragedy and triumph. When Prince passed away on April 21, his fans around the globe rushed to re-discover his peerless body of work. Jumping from 17th to fourth place: “Purple Rain.”

It peaked in second place when it first appeared in late 1984. Rolling Stone magazine ranked it 143rd in its list of the 500 Greatest Songs Of All Time. Additionally, the members of The Revolution, which disbanded in 1986, say they’re re-uniting for a series of Prince tribute concerts.

Number 3: Lukas Graham "7 Years"
Lukas Graham is right back in third place, after briefly rebounding last week with “7 Years.” Where are these guys headed next? The Danish band is touring the United States through May 19; after that it’s back to Europe and the U.K. for a series of concerts and festival appearances stretching into late August.

Number 2: Drake "One Dance"
Drake, WizKid and Kyla continue to eat up the Hot 100, as “One Dance” hits second place in only its fourth week on the chart. Drake dropped his Views album on April 29, and it’s now the best-selling album of 2016.

Billboard says it has sold 851,000 equivalent album units, outselling new offerings from Beyonce, Kanye West, Kendrick Lamar, and even Drake’s good friend Rihanna. It’s the best-selling album from a male artist in the past three years…and headed straight for number one.

Number 1: Desiigner "Panda"
Here on the Hot 100, Desiigner owns the title for a second straight week with “Panda.” It received a platinum certification last week for selling one million copies. USA Today reports that the song’s hook came to Desiigner while he was playing the video game Grand Theft Auto 5.

Who’ll drive off with the singles prize next week? Join me us in seven days to find out!