Update Required To play the media you will need to either update your browser to a recent version or update your Flash plugin.
William Eagle
July 04,2015


Sub-Saharan Africa is home to six of the world’s fastest growing economies, and the continent itself is growing at over four percent per year.

The US Government sees that as an opportunity for American companies to find trade partners that will create economic benefits – and jobs.

Representatives from 14 American companies got their chance in late June, when they went to meet potential partners in three countries – Mozambique, South Africa and Kenya. The companies chosen for the trip -- including General Electric and Honeywell International -- offer world-class products and services in three growing sectors of African economies: transportation, and energy and agricultural equipment. 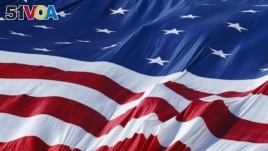 President Obama's Doing Business With Africa campaign helps connect US exporters and investors with partners on the continent.

It offers US companies opportunities to expand their reach in the global marketplace – with African partners. Kumar said that’s good news for American firms -- many of which are not familiar with exporting beyond the Western Hemisphere.

"This is one of the missions of the Commerce Department," he explained, " to promote a sense of global awareness to create the capability of global fluency, to get more and more U.S. companies to export beyond their borders."

"We often find that there are a large number of U.S. companies that export to just one country and that might be Canada or Mexico. But what we do find is that once they taste export success, they look beyond those borders and export to many more countries," he said.

At least one US exporter found success during the trip.

Teras Cargo Transport of Houston signed a partnership with the South African firm Grinrod Limited to expand Teras’ shipping services to southern and eastern Africa. An International Trade Administration press release says Teras will expand its fleet and Grinrod will provide stevedoring services at regional ports. The partnership is expected to create jobs in the gas and oil sectors. The ITA statement also says Secretary Foxx met with met Kenyan officials to discuss ways of increasing exports in the transportation sector. They agreed to work together on safety and security issues in the sector, and to study of the impact of transportation on the environment.

In a telephonic press briefing with African journalists, Kumar offered his views on the growing economic ties between the United States and Africa.

He said that bilateral trade is essential for bringing new invest ment and technologies to Africa – and creating jobs.

"That's a clear example of the U.S. companies creating jobs," he continued. "[It shows] how as trade and investment grows, more jobs will be created. And these jobs are typically of a very high quality compared to the average jobs in every country that we operate."

He said that’s equally true of African companies, like the South African energy and chemicals company Sasol which invests in the United States.

"Sasol is the biggest foreign investor in the state of Louisiana," he said, "and what is really interesting is that a number of companies from a number of countries, both in the developed and developing worlds are now investing in the United States. They find that investing [there] gives them really good returns because the United States has a very good kind of business climate and a great market."

The U.S. Commerce Department official said many jobs – both in the US and in Africa – rely on the ability to plug into global supply chains where many countries contribute various components to a finished product.

"It is very difficult to build an entire product in one country and be competitive," he said. "[Rather than build an entire product], it is very possible to build a component of a product and supply that globally and be competitive. So we encourage the integration of supply chains, and in particular with interest in integrating integral supply chains in small and medium enterprises. [That's] because certainly in the United States small and medium enterprises are a very innovative and important section of our economy.

"We are very focused on seeing how they can plug into global supply chains and we believe that is an approach that will work well for other countries as well," said Kumar.

Kumar also said African governments can take action to promote investment and promote entrepreneurship. For example, they can provide businesses with clear rules for accessing capital and financing. The state can also encourage an education system that promotes innovation and encourages programs and services that help new companies.

Kumar said the US also supports other efforts to boost African economies, like greater economic integration among the continent’s regions and improved infrastructure. That includes roads, airports and other forms of transportation – as well as harmonized border and customs procedures.

In 2014, US exports to sub-Saharan Africa reached a record $25.4 billion – an increase of over five percent.The US Government is working to improve on that number.

In late July (24-26), President Obama will attend the sixth Global Entrepreneurial Summit in Nairobi, Kenya. It will bring together business leaders, mentors and high-level government officials – in an effort to show the US Government’s support for innovation and economic development around the world.

Last November, the Commerce Department introduced a number of small and medium enterprises to opportunities in Africa at a conference called Discover Global Markets.

In September, a US government program called Trade Winds will sponsor a business development conference in Johannesburg and a trade mission that will bring 70 U.S. companies to eight countries in Africa [Angola, Ethiopia, Ghana, Kenya, Mozambique, Nigeria, South Africa, and Tanzania].