Update Required To play the media you will need to either update your browser to a recent version or update your Flash plugin.
By VOA
Dec 6, 2017


Corruption is an abuse of power at every level that impacts rich and poor countries alike, in both the private and public sectors. Corruption undermines development, erodes confidence in democratic institutions, and facilitates transnational crime, including organized crime and terrorism. It distorts markets, discourages investors, and stunts economic growth. And it is particularly destructive to communities in developing countries, where it blocks development and progress.

That is why, fourteen years ago, the United Nations General Assembly adopted the UN Convention Against Corruption, the UNCAC, as a new global legal framework for preventing and combating corruption. 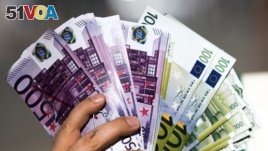 “Our frameworks, laws, and policies – and related international cooperation – are undoubtedly better today compared to 2005. However, our job is not finished,” said Acting Principal Deputy Assistant Secretary for International Narcotics and Law Enforcement Affairs James A. Walsh at the 7th Conference of States Parties to the UNCAC.

The Convention “provides us a common basis to take all the necessary steps to prevent and combat corruption if we have enough political will and use the treaty effectively,” said Mr. Walsh.

Indeed, the United States is fully committed to supporting and implementing the UN Convention against Corruption, both internationally and domestically. “In 2016, the United States had a record year for enforcement of the Foreign Corrupt Practices Act against corporate defendants, to include final enforcement actions against 28 multinational companies,” said Mr. Walsh.

“As we implement the [UN Convention against Corruption], we must also draw on all sectors of society to fight corruption, including civil society organizations and the private sector,” said Mr. Walsh. “Good-faith efforts by the United States or any single country will never be enough: we all must work together to adopt and enforce international standards of integrity, accountability, and transparency.”