Happier People Spend Less Time on Small Talk, but Does That Make Them Happier? 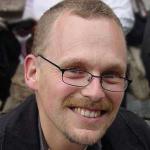 AA: I’m Avi Arditti with Rosanne Skirble, and this week on WORDMASTER: a psychologist says well-being is related to having less small talk and more substantive conversations.

RS: Matthias Mehl of the University of Arizona led a study in which 79 undergraduates -- 60 percent female -- wore a device that recorded hundreds of samples of their conversations over four days.

The researchers rated the conversations as either small talk or substantive talk. Then they compared the results with the participants’ earlier assessments of their level of happiness, and how happy three of their friends considered them.

MATTHIAS MEHL: "We defined it as an uninvolved conversation of a banal nature that’s trivial in the amount of information that is exchanged."

MATTHIAS MEHL: "I think small talk is universal in the sense that everybody has small talk, but the way small talk works may be different between cultures. I remember one of the first days at the office where I was working back then at the University of Texas. And after a while it became clear to me that I was coming off as pretty rude. I was thinking about that and it occurred to me that the reason why I was coming off as pretty rude -- which by the way I guess nicely fits the German stereotype -- is because I didn’t know how to do small talk in English.

"And so when I requested some information from a fellow grad student I said ’Hey, by the way, do you have that survey, do you have that questionnaire?’ And what I should have said is ’Well, how was your weekend? Did you have a good time? What did you do? Yeah, I’m working on this study and I was wondering whether maybe you could provide me with this questionnaire."

RS: "Why did you do this current study? Why were you interested in happiness as related to small talk or substantive talk?"

Stephanie Levitt, a former student of Matthias Mehl, wears an Electronically Activated Recorder, or EAR, like those in the study

MATTHIAS MEHL: "Because it could have gone either way. If you think about how small talk is defined, it’s defined as social lubricant. People usually engage in it order to socially connect. So from many angles, it could have come out the opposite way, that happy people are those that maybe don’t worry and are happy and as long as they surf on the superficial aspect of life, they should be fine, right? They should be happy. And maybe it’s those deep conversations that get you into those existential troubles and then you end up unhappy. So it could easily have gone the other way, and that’s why we were interested."

AA: "Tell us what you found exactly."

MATTHIAS MEHL: "We found two things. The first thing I think is also very important, but other research has already shown that as well. We found that happy participants spend considerably less time alone and considerably more time with others. So the happy life is really a social life. The time spent alone, in the absence of any other better information about a person, is in fact a good proxy of the person’s happiness.

RS: "What do you do with these numbers? What does this say to you?"

"And the very first thing we found, even in the absence of any real data, was that they are very different. You cannot just run up [to] a stranger and talk about your view on life after death. And it works equally badly if you go to your best friend and talk for the next ten minutes just about the weather and about some TV show that you do or do not like.

"So looking back it makes a lot of sense, because what we know about human beings from a psychological perspective is that they are social animals and they are meaning-making animals. So in an otherwise pretty chaotic world, if you have a meaningful conversation, it helps you to understand it. It helps you to develop meaning around that. And we know that meaning is something that humans need to be happy."

AA: Matthias Mehl at the University of Arizona. The study is in the journal Psychological Science. And that’s WORDMASTER for this week.