Update Required To play the media you will need to either update your browser to a recent version or update your Flash plugin.
By Susan Shand
20 December, 2017


A new organization called the Foundation for a Smoke-Free World is being criticized by health and anti-smoking groups.

Derek Yach is the founder and head of the non-profit foundation. He was one of the planners of the World Health Organization's Framework Convention on Tobacco Control in 2005.

Yach said the Convention has been largely successful in preventing people from smoking and "in slowing the increase in kids through higher taxes, marketing and so on."

But, he told VOA, the Convention does not focus on trying to get the billion current smokers in the world to quit the habit.

Yach said more than seven million people globally die earlier than necessary each year from tobacco. He said his foundation's mission was to get these smokers away from their addiction by using new harm reduction tools such as e-cigarettes and vaping.

"If these products have an impact," he said, "we need to have independent research to show that they should be given more support.

"So, our work will not be to simply push them out, but to do high quality research to look at the negative and positive sides."

The foundation accepted a $1 billion grant from the large tobacco company Philip Morris. The money is to be paid in $80 million yearly payments over the next 12 years.

Philip Morris is also a producer of e-cigarettes and is pushing hard into the vaping market. 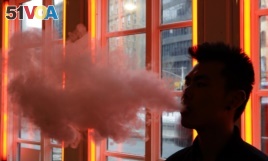 Vince Willmore is a Vice-President of Communications at the Campaign for Tobacco Free Kids. With so much money involved, he questioned whether the alliance between the foundation and Philip Morris has credibility.

"It is hard to take Philip Morris seriously that they want a smoke-free world when they are marketing cigarettes as aggressively as ever and they are fighting real solutions to reduce smoking."

If Philip Morris wanted to reduce smoking, he said, it would push for higher taxes, smoke-free policies, and strong warnings on cigarette packages. These are actions that really work, he added.

Yach told VOA he had not taken the side of big tobacco.

He said that some people "could never understand that profitability and public health can actually work together."

He said his relationship with Philip Morris was not based on trust.

"No. What they want to do is have a product that is less risky and that makes them profits. That is the beginning and end of it," he said.

Yach knows that many of his former colleagues at the World Health Organization (WHO) disagree with his decision to work with Philip Morris. He said he also wants to rid the world of tobacco products, but "with one billion lives hanging in the balance, we urgently must do more to cut the adult smoking rate," he said.

WHO would not comment for this article. However, the global health organization issued the following statement:

"The tobacco industry and its front groups have misled the public about risks associated with other tobacco products. This includes promoting so-called light and mild tobacco products as an alternative to quitting, while being fully aware that those products were not less harmful to health."

WHO noted the many "conflicts of interest" involved in the foundation and the tobacco company.

Derek Yach said that he set up measures, including a legal firewall, to protect the foundation from the influence of the tobacco company.

He added his foundation would lose its non-profit status if they let Philip Morris influence them.

Despite his many protestations, Yach admitted that he has some difficulty in dealing with his tobacco business partner.

"When I go into meetings with Philip Morris, I feel I have to hold my nose and that is something I suspect will continue for a long time," he said.

Lisa Schlein reported this story for VOA. Susan Shand adapted the story for Learning English. Hai Do was the editor.

addiction – n. a strong and harmful need to have something

vape – v. inhale and exhale the vapor produced by an electronic cigarette or similar device.

colleague – n. a person who works with you

front group – n. an organization that purports to represent one agenda while in reality it serves some other party or interest