Update Required To play the media you will need to either update your browser to a recent version or update your Flash plugin.
By Carolyn Nicander Mohr
06 September, 2017


If you have owned an iPhone or iPad for a few years, you may have apps that are outdated. Since 2013, Apple has been asking developers to update their apps. When iOS 11, the next version of the iPhone operating system, is launched soon, older apps may not work on it.

More recently, 32-bit apps have started showing another warning: "This app will not work with future versions of iOS." 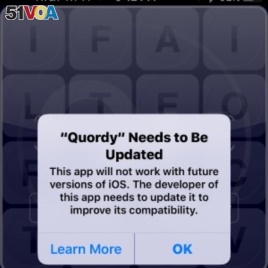 SensorTower is a business that studies and reports on apps. The company says about eight percent of the apps in the iTunes App Store are 32-bit apps and may not work with iOS 11. Eight percent equals about 187,000 apps out of the 2.4 million apps in the App Store.

32-bit apps that have not been updated to 64-bit have started disappearing already from the iTunes App Store. But people who have these older apps on their iPhone and iPads can still use them for now. When iOS 11 comes out, the 32-bit apps may not work if those devices are updated to iOS 11.

Apple is having an event on September 12 that will likely introduce the new iPhone and iOS 11. So, we should learn soon how they might affect 32-bit apps.

How to know if you have any 32-bit apps

You may be wondering whether you have any 32-bit apps on your iPhone or iPad. There is an easy way to find out.

Go to "Settings," then "General," then "About," then "Applications." 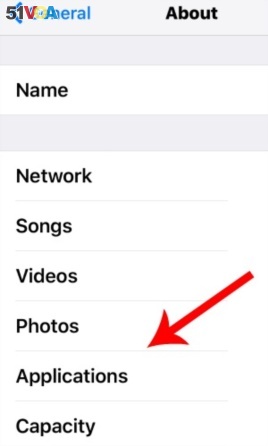 Where to Find Outdated Apps

If you have any 32-bit apps in need of updating, they will appear on a new screen. 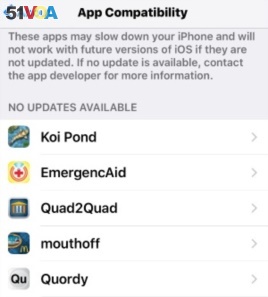 Those that are 32-bit but can be updated will show at the top of the list. 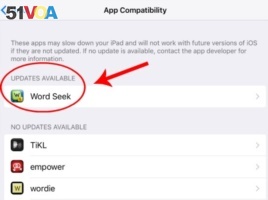 You may not care if some of your older apps are 32-bit and may not work with iOS 11. Maybe you have not used them in a while and did not even know that they were still on your phone. Remove them to make space on your phone.

But you may care about these older apps. In fact, some may be favorites.

There are several ways to deal with the 32-bit apps you want to continue using.

Make sure you have the latest version of the app

There may be an update to the app available that you have not downloaded to your phone yet. There is an easy way to check.

If the app is at the top of the list under "Update Available," tap on the app to open it in the App Store app.

A box should appear that says "Update." Tap on the box to do so.

After you have updated, check "Settings" again to see if the app has changed.

If iOS 11 does make 32-bit apps obsolete and you have 32-bit apps you care about, you should not update to iOS 11 when it is released.

But this is not a good long-term solution because iOS 11 may be useful for you. And in time you will probably have to update to iOS 11, especially if you get a new iPhone or iPad.

However, this may be a good short-term solution if you have a 32-bit app you really need or want. In fact, do not update to iOS 11 until you have your apps sorted out.

Find an alternative to your outdated 32-bit apps

With 2.4 million apps in the App Store, iTunes may have alternative apps that you like even better than the 32-bit apps you have been using.

You can also contact the developer of the 32-bit app and ask for an update. If the developer gets enough requests, it may consider updating the app to 64-bit.

Or, the developer may suggest a new and improved app in the App Store. Or one that will be available soon.

You can try to contact the developer through the App Store. Some 32-bit apps are still there. You can find out if you go to back to "Applications" in Settings on your device. Tap on an app in the list to see if it is still in the App Store.

A notice will appear if it is not available. 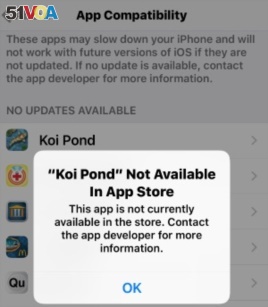 App Not Available in App Store

But if it is, the App Store will open with the app listing. Tap on the "Developer Website" section and you will see the website address for the developer. Look for an email address on the website to contact the developer. 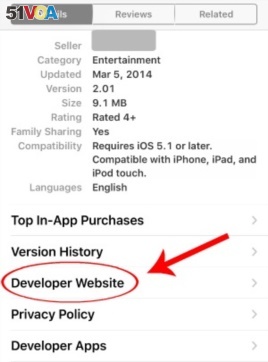 Do this soon because you do not know how long the app will remain in the App Store.

You can also search for the Android version of the app in Google Play.

If the app is not available in the App Store anymore, search for the app in Google Play where it may still be available for Android devices. Find the developer's contact information in Google Play to ask for an update to the app.

If that does not work, you again can search the developer's website to try to contact them directly.

Did you know that some apps may not work with iOS 11? Have you checked for 32-bit apps on your iPhone or iPad? Do you have any apps that are 32-bit?

developer - n. a person or company that creates computer software

update - v. to change (something) by including the most recent information

processor - n. a part of a computer that that handles data

introduce- v. to make (something) available for sale for the first time

download- v. to move or copy (a file, program, etc.) to a computer or device

recommendation - n. a suggestion about what should be done