Update Required To play the media you will need to either update your browser to a recent version or update your Flash plugin.
By Susan Shand
18 January, 2018

The authors say the findings could offer a low-cost, safe way to reduce the long treatment time for one of the world's deadliest diseases. They also say the vitamin supplement could offer a way to fight tuberculosis that is resistant to antibiotic drugs. 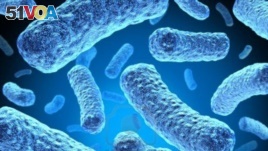 Tuberculosis, or TB, is one of the leading causes of death worldwide. The World Health Organization says 1.7 million people died of the disease last year. About 600,000 cases were resistant to the leading drug out of more than 10 million new infections.

Antibiotic drugs attack TB bacteria, but a small number survive by going dormant. If the patient stops taking the drug too soon, these dormant bacteria increase and the patient gets TB again. However, the new infection often is resistant to the drug.

Current TB treatment takes six months, largely to ensure the dormant bacteria die. But it is hard for patients to continue treatment for so long.

William Jacobs is a microbiologist at Albert Einstein College of Medicine in New York City. Jacobs and other researchers discovered by accident that antioxidants, like vitamin C, stopped tuberculosis bacteria in a test tube from becoming dormant

"When we first discovered it, it was like, 'Wow! There's just so much we don't know yet. And wouldn't that be really cool if it really works," Jacobs said.

The study was published in the journal Antimicrobial Agents and Chemotherapy.

Jacobs and other researchers treated TB-infected mice with two standard drugs in the study.

One group of mice received a large amount of vitamin C. A second group did not.

"It's not sterilization yet," he added, "but it's heading in that direction."

However, the researchers have not carried out a similar test on humans.

"The bottom line is that we don't know the answer," Jacobs said. "But I think what this study suggests is we should really go and [find out]."

Other experts not connected to the study agreed.

There has been very little research on vitamin C and TB. However, it is "a safe compound, it's widely available, it's inexpensive," noted David Alland. He is associate dean of clinical research at Rutgers New Jersey Medical School.

"I think that when we have those kinds of options to look at, we should look at them without having to spend decades trying to figure out exactly how they work."

If the vitamin C treatment works, Alland said it would increase the effectiveness of the drug at very little cost. "You'd get a big bang for your buck," he said.

supplement - n. something that is added to something else in order to make it complete

dormant – adj. not doing anything at this time: not active but able to become

anti-oxidents – n. a substance that is added to food and other products to prevent harmful chemical reactions in which oxygen is combined with other substances.

test tube – n. a glass container that is shaped like a tube which is closed at one end and that is used especially in science experiments

journal – n. magazine that publishes on a certantc.

the bottom line –idiom the most important point

option –n. one of several choices or possibilities