Update Required To play the media you will need to either update your browser to a recent version or update your Flash plugin.
By Bryan Lynn
01 March, 2018


The recent shooting attack at a Florida high school has renewed heated debate about gun control in the United States.

America remains divided on the issue. Both sides have mainly held their positions in recent years while the country continued to experience deadly mass shootings.

But the latest school shooting – in which 17 people were killed – has led to some new developments in the gun debate.

Some U.S. companies are changing their policies related to guns, for example. Also, students themselves are rising up in huge numbers to demand stronger gun control measures.

Since the Parkland shooting, at least 15 companies have announced they were ending partnerships with the National Rifle Association (NRA).

Among those ending cooperation with the NRA are Delta Air Lines and United Airlines, car rental companies Hertz, Enterprise and Alamo, and insurance company MetLife.

Delta Air Lines had been giving the NRA reduced rates for air travel. After its decision, Delta faced criticism from officials in the state of Georgia, where the company is based. 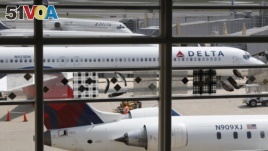 After Delta's NRA decision, Georgia Lieutenant Governor Casey Cagle wrote on Twitter he would attempt to "kill any tax legislation" that helped Delta. Cagle, a Republican, said he would only support such a measure if Delta reestablished its relationship with the NRA.

"Corporations cannot attack conservatives and expect us not to fight back," the tweet said.

On Thursday, Georgia's legislature approved a bill that punished Delta for its decision regarding the NRA. Lawmakers passed a tax bill that removed fuel tax benefits that could have saved the company about $40 million a year.

Officials from several other states have offered to support Delta Air Lines if it moved operations out of Georgia.

In answer to Delta, the NRA said that its members are "passionate supporters" of the U.S. Constitution's Second Amendment about weapons rights of citizens. "Having those on the left pushing for a boycott to pressure companies to drop discounts just shows how out of touch some are," the NRA tweeted.

Ed Stack is Dick's Chief Executive Officer. He spoke to ABC's "Good Morning America" about the decision. "When we saw what the kids were going through and the grief of the parents and the kids who were killed in Parkland, we felt we needed to do something," he said.

One of the most vocal student activists for reform of gun laws is Emma Gonzalez. The 18-year-old student survived the attack at Stoneman Douglas. She began to trend on Twitter after she spoke at a protest. The videotaped speech recorded her sharp criticism of politicians – including President Donald Trump – who accept money from the NRA.

Emma Gonzalez had not been a Twitter user, but decided to join. When she did, her number of followers quickly rose to more than one million. That is nearly twice the number of Twitter followers of the NRA.

Bryan Lynn wrote this story for VOA Learning English, based on reports from the Associated Press, Reuters and other sources. Caty Weaver was the editor.

National Rifle Association – n. a national organization founded in 1871 that promotes the legal use of guns and gun safety in the US and defends a US citizen's constitutional right to own and bear arms.

rental – n. the act of renting something

passionate – adj. showing a strong belief in something or a strong feeling about a subject

the left – n. a group or party favoring liberal views

retailer – n. a business that sells things directly to customers

vocal – adj. expressing opinions in a public and forceful way