Should SAT and ACT Test Results Be Optional in College Admissions?

Update Required To play the media you will need to either update your browser to a recent version or update your Flash plugin.
By Pete Musto
12 May, 2018


Standardized testing is a major part of applying for admission to colleges and universities in the United States.

SAT or ACT results, for example, are just one measure admissions officials use to decide whether to accept an applicant. But many students and parents spend a great deal of time, effort and resources trying to ensure a high score.

For some students, testing can be the most difficult part of the application process. And new research has raised debate about the fairness of standardized tests.

Last month, researchers with the National Association for College Admission Counseling published findings from a series of studies on these tests. They looked at the academic records of over 950,000 students at 28 public and private colleges and universities in the U.S.

Unlike most schools, those chosen for the studies do not require applicants to submit SAT or ACT scores. The decision to submit scores is left to the students.

William Hiss is a writer of the report, and a former admissions officer at Bates College. The private liberal arts college in Lewiston, Maine made college entrance examinations optional 30 years ago. 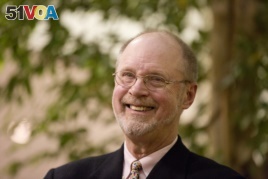 William Hiss, a researcher with the National Association for College Admission Counseling

Hiss says his team's research is proof that standardized tests are not a good measure of how successful a student might be at a given school.

Hiss argues that this is the case because the tests do not measure all the skills students will need in a college environment. They simply measure how a student operates under time pressure which is not the usual situation for college students.

"If students need to stay up until two o'clock in the morning writing their papers, they do it," he told VOA. "If they are working in a team on an experiment and it takes extra time...they take extra time. If they need help with their writing or math, almost all colleges have writing and math support...So the ways in which standardized testing works are not the ways in which college educations work."

Hiss adds that many students lack the skills to succeed in high-speed testing environments. Some may be very strong candidates for college, yet avoid applying because they fear the entrance exams. Such candidates may include people with disabilities and non-native English speakers.

Hiss notes that first generation students, minority students, as well as those with little money, are especially affected. His research showed that about 42 percent of students who chose not to submit test scores were members of these groups. Some schools saw their minority population increase as much as 11 percent after they ended the entrance exam requirement.

Hiss says many students from these groups do not have the same chance to prepare for the tests as wealthier white students.

Oscar Schak agrees. He is a top researcher with the Education Trust, a non-profit organization that works to expand education for disadvantaged populations. He says public schools systems that serve poor and minority communities often lack resources that students in richer areas enjoy. And those students can also often pay for even more assistance, such as private tutoring.

Because of this, Schack says, colleges should give more weight to other predictors of academic success, such as high school performance.

"Given that it does raise some barriers... just having to take the exams and pay for the exams, I would argue that institutions should err on the side of de-emphasizing the exams," Schak said.

However, Jack Buckley finds several major problems with the claims the recent research is making. Buckley is a top official with the American Institutes for Research. He says the studies have not shown evidence of widespread problems with entrance exams or their use in the admissions process. And, he argues, no thoughtful admissions official would consider only standardized test results of applicants.

Buckley notes that the companies that administer the SAT and ACT have made many changes to their tests over the years. Buckley worked with the College Board on it most recent changes to the SAT. They took effect in 2016. He says the changes ensured that the tests are designed in a way that is fair to all students.

Many schools actively accept students with weak test results in order to offer more chances for higher education to disadvantaged populations, Buckley says. Tests also can provide good information about a student's strengths and weaknesses. That way, colleges and universities can better know what support services they need to offer.

"Blaming a test...for inequality is like blaming a thermometer because a room is hot," Buckley said. "They do not cause those inequalities. It's a piece of information that, were I an admissions officer, I would want to know."

Derek Briggs adds that is it not clear that standardized tests create better admissions conditions for wealthier students. He is a professor of education at the University of Colorado in Boulder. Briggs's own research has shown that for-profit services that claim to be able improve test results have little real effect.

In fact, his research shows that private lessons led to less than a 20 percent increase on either part of the SAT.

"The conventional wisdom is that the effects of the test preparation are much, much higher," he said. "But there's not a lot evidence to support that."

However, Briggs admits his research is about 10 years old.

Pete Musto adapted it for Learning English. Caty Weaver was the editor.

We want to hear from you. How should colleges and universities weigh standardized test results in the admissions process? Write to us in the Comments Section or on 51VOA.COM.

standardized testing – n. any form of testing that requires all test takers to answer the same questions, or a selection of questions from common bank of questions, in the same way, and that is scored in a consistent manner

apply(ing) - to ask formally for something, such as a job, admission to a school, or a loan, usually in writing

disabilities – n. conditions such as an illness or an injury that damage or limit a person's physical or mental abilities

disadvantaged – adj. lacking the things such as money and education that are considered necessary for an equal position in society

de-emphasizing – v. taking away attention from something

conventional wisdom - n. opinions or beliefs that are held or accepted by most people