Update Required To play the media you will need to either update your browser to a recent version or update your Flash plugin.
By Bryan Lynn
14 September, 2017


The United States has barred federal agencies from using computer security products made by the company Kaspersky Lab.

Elaine Duke is the Acting Secretary of the U.S. Department of Homeland Security. She announced the order Wednesday. Agencies will have 90 days to remove the computer software from their computer systems.

In a statement, the department said the action was taken because of "information security risks presented by the use of Kaspersky products on federal information systems."

The statement added that U.S. officials were concerned about ties "between certain Kaspersky officials and Russian intelligence and other government agencies."

It said the U.S. identified a risk that the Russian government might be able to use Kaspersky products to gain access to federal information systems. This risk "directly implicates U.S. national security," the statement said.

Kaspersky Lab makes computer programs that are designed to protect computers from attacks such as computer viruses. It also oversees security for computer systems.

The international cybersecurity company has its headquarters in Moscow.

Robert Joyce is the cybersecurity coordinator for the administration of U.S. President Donald Trump. He was asked if U.S. officials had identified clear evidence that Kaspersky Lab had provided intelligence to the Russian government. Joyce told a reporter from Reuters news agency that "as we evaluated the technology, we decided it was a risk we couldn't accept."

In a statement, Kaspersky Lab rejected the accusations as "false" and said it was disappointed with the decision. The company has repeatedly denied it has ties to any government and says it would not assist governments with cyber espionage activities. 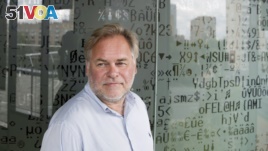 The statement said "no credible evidence" has been shown to support the U.S. government's conclusion. It blamed the criticism on misunderstandings about how Russian laws about information-sharing work.

Kaspersky Lab also said it was concerned that "a private company can be considered guilty until proven innocent, due to geopolitical issues." The company added that it looks forward to working with the Department of Homeland Security to deal with the concerns.

The federal directive came hours after the top U.S. intelligence official warned that Russia has increased its cyber operations against the United States. Director of National Intelligence Dan Coats told a cybersecurity gathering that Russia is "increasing cyber espionage operations and leaking data stolen from those operations."

Coats said enemies of the U.S. can use the internet as a tool to amplify and strengthen information by repeating messages many times. He said these efforts "seek to undermine our faith in our institutions or advance violence in the name of identity."

Top U.S. intelligence agencies said in a report in January that Russia took part in an "influence campaign" in the U.S. in an effort to help then-candidate Donald Trump win the 2016 election. Russian President Vladimir Putin has repeatedly denied his government had any involvement in trying to influence the American election.

As president, Trump has repeatedly questioned the intelligence findings, suggesting at times it was unclear whether Russia was responsible.

access – n. the opportunity to use or see something

implicate – v. show that someone or something is involved in something (such as a crime)

evaluate – v. carefully consider or study the value or condition of something

espionage – n. activities carried out to find secrets from enemies or competitors

credible – adj. able to be trusted or believed

geopolitical – adj. relating to the political and geographic parts of something

leak – v. give secret or unknown information to someone such as a newspaper reporter so it becomes known to the public