Billions in Aid Given to US Schools with Few Requirements

Update Required To play the media you will need to either update your browser to a recent version or update your Flash plugin.
By Dan Novak
31 August 2021


The United States federal government is giving a record amount of pandemic aid to the nation's schools.

President Joe Biden's administration is hoping schools use the money to improve deep problems within the nation's school system. But many districts say they have more immediate problems to solve first.

Detroit, Michigan, is a poor city with a long-struggling school system. The city is using the federal money to fix buildings with structural problems. The district is also using some of the government money to hire more teachers, have smaller classes and provide more mental health services. But at least half of the $1.3 billion in federal aid is being used to repair school buildings.

Nikolai Vitti leads Detroit Public Schools. He said, "For decades, we have been inequitably funded to deal with the enormous needs that poverty and racial injustice have created in our city." With the pandemic money, he said, the district will finally be able to work toward fixing the problem. 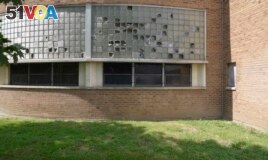 The Biden administration has pushed schools to make large changes with the money. Education Secretary Miguel Cardona has called it a time for big ideas. He said districts could use the money to lessen inequality.

But many large city districts are putting the pandemic money towards short-term needs. Schools have used the aid to hire medical workers, put more books in libraries and bring back art classes.

So far, there is little evidence of major change, said Marguerite Roza. She is a school finance expert with Georgetown University. Part of the problem, she said, is that the aid was given to schools with few requirements about how to spend it.

The money was given as "blank checks to every one of these districts," Roza said. "And many are going to do what they already know how to do."

The pandemic aid is bigger than anything American schools have seen before. It totals $190 billion. That is more than four times the amount the Education Department spends on schools in a usual year.

Congress has sent the funding to schools in three rounds since the start of the pandemic. The last and largest round totals $123 billion.

But the government is doing little to study how schools are using the money. Some states are required to release spending plans to the federal government, but many are not. Some Republicans in Congress have pushed for a new law that would give the public more information about how districts are using the money.

Reporters with The Associated Press looked at how much money was given to almost every district in the country. They tracked more than $155 billion sent to states since last year.

The median aid given to districts was nearly $2,800 per student. But that amount differs widely by district and state, the AP reports. The median funding per student in Louisiana and Washington, D.C. was about $6,000 per student. In Utah it was $1,300.

Schools have three years to spend the latest round of funding. But districts say that is a very short amount of time to use such a large amount of money. Some school officials do not want to spend money on things they cannot pay for after the federal aid is gone.

In St. Paul, Minnesota, the public school system is getting $321 million in total funding. District leader Joe Gothard says the short amount of time to spend the money limits how he can use it. The district has hired some new teachers, but it is mostly using the money for things like building repairs and replacing library books.

Districts across the U.S. have spent the summer debating how to spend the new money. They have faced pressure from groups of parents and others.

Some families want more money to go to special education. Others want more teacher training that examines racism. At the same time, districts are facing pressure to increase teacher pay.

Sacramento, California's school district is receiving $300 million in pandemic aid. The district's teachers union has called for smaller class sizes -- which would mean more teachers -- as well as pay increases. The union is not asking that the funding should come from the federal aid. But the union is making the argument that the existence of the extra funding means the district can offer pay raises.

The American Federation of Teachers says the federal aid should center on improving school buildings and classroom support. But President Randi Weingarten also said pay raises are needed to keep teachers from quitting after a difficult year.

Another area of concern for schools is state funding. There is worry that the federal money will give states reason to cut future education budgets.

In Detroit, Vitti sees a chance to ask for more state funding. He hopes to show that the federal aid had improved things for students and increased graduation rates.

"We're looking forward to show clear outcomes from this investment," he said. He wants to prove to state lawmakers that similar funding "should be continued in an equitable way."

The Associated Press reported this story. Dan Novak adapted it for VOA Learning English. -----Ashley Thompson was the editor.

hire — v. to give work or a job to (someone) in exchange for wages or a salary

equitable — adj. just or fair : dealing fairly and equally with everyone

blank — n. without any writing, marks, or pictures

graduation — n. the act of receiving a diploma or degree from a school, college, or university : the act of graduating

outcome — n. something that happens as a result of an activity or process

replace — v. to be used instead of (something)

track — v. to follow and find (someone or something) especially by looking at evidence

library — n. a place where books, magazines, and other materials (such as videos and musical recordings) are available for people to use or borrow