Update Required To play the media you will need to either update your browser to a recent version or update your Flash plugin.
By Bryan Lynn
09 July, 2016


Recent shootings broadcast on live streaming apps are raising ethical questions about the use of the technology.

The most recent case happened this week outside St. Paul, Minnesota. Police shot a man in his car during a traffic stop and the aftermath of the shooting was broadcast live over Facebook by the victim's girlfriend.

The girlfriend sat in the passenger seat as she streamed a 10-minute video on Facebook Live that was later posted on YouTube. The video shows the man, 32-year-old Philando Castile, bleeding and slumped over in the driver's seat after being shot.

She said police pulled the car over for having a broken tail light. The officer asked to see the driver's license and registration. She said her boyfriend then told the officer he had a gun that he was licensed to carry. But she said "the officer shot him in the arm four or five times" as he reached for his wallet.

The girlfriend later cried in the video while explaining, "police shot him for no apparent reason, no reason at all." Her boyfriend was taken to the hospital, where he was pronounced dead.

Diamond Reynolds, the girlfriend of Philando Castile of St. Paul, cries outside the governor's residence in St. Paul, Minn., on July 7, 2016.

The officer involved in the shooting was put on leave while the incident is being investigated. The officer is heard in the video saying: "I told him not to reach for it. I told him to get his hand out." The woman responds: "You shot four bullets into him, sir. He was just getting his license and registration, sir."

Deadly police shootings, especially those involving black victims and white officers, are widely covered in the U.S. media. Multiple incidents happened just in the last few weeks. Some shootings are discovered only after someone captured them on video.

During coverage of the police killings in Dallas, broadcasters showed video from the chaotic scene of people running away right after shots were fired. In another video, a man hiding inside a building gave updates on the police search for a suspect nearby.

But the popularity of streaming apps such as Facebook Live and Twitter's Periscope have now made it possible for killings and other crimes to be broadcast live.

Darrell West is vice president and director of Governance Studies at Brookings. He says the rise in live streaming shows that we have become "a reality culture."

"It's possible to live stream a wide range of activities. Some perfectly benign, but others such as crimes and killings - even beheadings in the case of ISIS [also known as Islamic State] - that are very problematic. So it definitely raises a lot of ethical issues."

West even sees the streaming technology being used by mass killers or terrorists in future attacks to reach a live audience.

"It's only a matter of time before some mass murderer wears a body camera and live streams the crime. The technology is there, we are seeing it applied in other areas, and it's not expensive for criminals to get a hold of that kind of technology," he said. 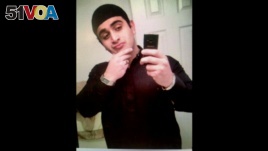 The Orlando gunman, Omar Mateen, was using Facebook during his attack on the Pulse nightclub that killed 49 people. He used Facebook to search the terms "Pulse Orlando" and "shooting" from inside the nightclub. He did not live stream the massacre, but did post messages about it.

Video streaming raises the possibility that news networks might also decide to broadcast these live feeds. Darrell West said the networks will need to be cautious, but he predicts they will decide to show some of the live videos.

"If there's a really big event going on, like a crime or mass killings, they are going to put it on the air. Because there is going to be extensive public interest in that, and people want to know what happened. And the best way to tell them what happened is through live videos."

Perkins was live streaming on Facebook during the shooting. The 14-minute video showed him standing outside, together with friends, and talking into the camera.

About six minutes into the video, he looks to his right and says, "Boy stop playin." At that point, gunshots can be heard, the man collapses, and his phone falls to the ground. A few more shots are heard.

People at the scene can be heard on the video saying, "Oh my God. Call the police! Hurry up!" Police arrive shortly and Perkins is rushed to the hospital, where he was pronounced dead.

That shooting was captured as part of a real-life event, and technology experts say this will happen again and again.

Robert Thompson is the Director of the Bleier Center for Television and Popular Culture at Syracuse University. He said the rise in live streaming came about because almost everyone now carries a phone with a video camera.

It also provides a way for people to broadcast internationally through the internet, which appeals to many people.

"Now just because you happen to post a video on Facebook, doesn't mean the whole world is going to watch it. But you've got the potential for the whole world watching it."

Diamond Reynolds, the girlfriend of Philando Castile, explained to a Facebook Live audience Thursday why she streamed the police shooting and final moments of Philando's life.

"I wanted to put it on Facebook and go viral so that the people could see. I want the people to determine who was right and who was wrong," she said

Robert Thompson said that with so many camera-capable phones out there, "every now and again, you are going to capture – just as life goes on – really horrible things happening."

The positive side of that, he says, is capturing crimes that would go unnoticed before. "With all of this recording, I think an awful lot of things are happening that people are having to account for, in a way that would not have been the case before."

But Thompson said other broadcasts by criminals or terrorists will be planned specifically for the camera.

"A lot of these bad things are done for the sake of the recording they are going to get. You could make the argument, pretty soundly, that September 11 was planned as a television production."

Despite the ethical issues with live streaming technology, Thompson said it is nearly impossible to stop. "Technology is relatively neutral. How do you only take the good from this and not the bad?"

Darrell West agrees that there are very few ways for social media companies or the government to regulate live streams. "The genie is out of the bottle and there's no way to put it back in. We can't go back."

Bryan Lynn reported this story for VOA Learning English. Additional information came from the Associated Press and Reuters. Hai Do was the editor.

ethical – adj. relating to questions of right and wrong behavior

slump – v. to fall to the side while sitting or leaning

predict – v. to say something that will happen in the future

encounter – n. an unexpected or casual meeting with someone

genie – n. a magic spirit that looks like a person