Study: One Third of STEM Students in US Change Majors

Update Required To play the media you will need to either update your browser to a recent version or update your Flash plugin.
By Pete Musto
06 January, 2018


Most college students in the United States choose their major, or main field of study for their degree, before or during their first year.

For Saskia Fagan, making that choice was not easy.

Fagan, who is now 31 years old, grew up in Takoma Park, Maryland. From an early age, she loved animals. So when she began studying at Frostburg State University in Frostburg, Maryland in 2004, she expected to become a dog trainer.

However, Frostburg State did not offer any degree programs related to dog training. Fagan chose to study psychology, instead. A few months later, she changed her major to biology.

But then she decided she did not want to spend her life working in a laboratory. In her second year, she changed majors to another field of interest: fine art.

After two years of studying fine art, however, Fagan felt that she preferred art as something she did for pleasure, not for work. So she made one final change into a field called liberal studies. That field let her design a major based around a mix of different subjects.

Fagan finally completed her degree program in 2011 – seven years after she had started. The cost of adding extra time to earn a degree created some problems, she says. But, she adds, taking the time to find the perfect field also helped lead her to a career she has found very satisfying.

Fagan is now a map designer.

"It's really important to know what you don't want to do," she told VOA. "If anything, those are great learning experiences, too, whether that's a major that you tried and didn't like or job that you had for a year and you thought, ‘This is not for me.' If anything, those are just as valuable as knowing what path you want."

Changing majors in the U.S.

Fagan's experience is common in American higher education. About one third of college students in the U.S. change majors at least once. And many who do so began in science, technology, engineering and math – in other words, STEM fields.

In December, the U.S. Department of Education's National Center for Education Statistics released a study on students who changed majors. The study looked at 25,000 college students who entered into degree programs for the first time in 2011.

By 2014, about one in three first-time students seeking bachelor's degrees changed majors. One in ten changed majors more than once.

In addition, the study found that students in STEM fields are about 6 percent more likely to change majors than non-STEM students.

Tracy Hunt-White is one of the researchers who worked on the study. She points out that an earlier study found about one third of STEM students who changed majors left the STEM fields completely. They chose non-STEM related majors instead. The most recent study found that students who start in mathematics are the most likely to change, with 52 percent choosing another field. 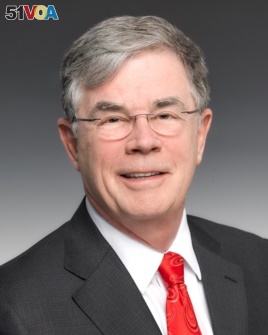 Hunt-White says she could not comment on the reasons students make these changes. But National Science Teachers Association executive director David Evans says he might have some idea why. He says the reason may be, in large part, due to the differences in teaching styles of STEM educators at the high school and university levels.

High school math and science classes are often much smaller than they are at colleges and universities. So the students often feel they have a more personal connection to the subjects they are studying, and therefore their teachers as well, he says.

And, Evans says, many professors feel college-level STEM classes should be difficult enough to make some students want to leave those fields.

"There's sort of a historic culture, often times in university education, especially in science and math, to think of the early courses ... as being screening courses where the idea is you find out which students are ‘good enough' to get through those courses," he told VOA. "And so instead of being an educational regime that encourages students, it's one that really filters."

Evans argues that as technology becomes a bigger part of everyday life, it is going to be only more important to understand STEM-related subjects. He says that, as a result, educators will have to learn to be more inclusive. Also, they will need to find ways to make the material they are teaching more relatable.

Another big difference between high school and college-level STEM education is the way material is covered, Evans says. Once students enter the college level in mathematics, for example, they face much more abstract ideas. Evans suggests that college professors do not always do the best job of explaining how students will use these ideas in real world situations.

Also, he says, many college STEM courses test students on how well they remember these complex ideas, not how well they understand them. President Donald Trump at the White House, signing two laws that authorize NASA and the National Science Foundation to encourage women and girls to get into STEM fields.

The National Science Teachers Association released a series of suggestions for STEM teachers five years ago. They are for teachers at every level and discuss how to address the issues that Evans suggests make STEM fields so discouraging.

Many STEM educators across the United States have begun to follow these suggestions, he says. The goal is to make sure that plenty of Americans stay in these fields throughout their entire education.

"There's no single thing that we could do, with one possible exception," he said. "And that is, I think that if we could do something that would allow for ... more time to be spent on STEM courses for elementary school children, that ... might actually make a big difference."

Not everyone who majors in a STEM field in college goes on to work in that field. Yet Evans feels that if they start their STEM education early enough, that might keep students like Fagan interested as they progress. Then they can bring much-needed STEM knowledge along with them on whatever career path they take.

Pete Musto reported this for VOA Learning English. Kelly Jean Kelly was the editor. We want to hear from you. How common is it for college students in your country to change majors? How often to students leave STEM fields for other subjects? Write to us in the Comments Section or on 51VOA.COM.

bachelor's degree(s) – n. a degree that is given to a student by a college or university usually after four years of study

course(s) – n. a series of classes about a particular subject in a school

screening – n. the act of examining people or things in order to decide if they are suitable for a particular purpose

regime – n. a system of management

encourage(s) – v. to make someone more determined, hopeful, or confident

filter(s) – v. to remove something unwanted

abstract – adj. relating to or involving general ideas or qualities rather than specific people, objects, or actions

allow for – p.v. to make something possible

elementary school – n. a school in the U.S. for young children