Update Required To play the media you will need to either update your browser to a recent version or update your Flash plugin.
By Pete Musto
02 December, 2017


Steve Tracy was not looking for a job at the Community College of Baltimore County when he started taking classes there in August.

But the 25 year-old from Catonsville, Maryland did find a job, almost by accident.

One day while walking to class, Tracy saw an advertisement for a student group that looked interesting. So he went to the school's Office of Student Life to learn more about it.

Someone working there told him that the group was no longer active. But after a pleasant exchange, the worker ended up offering Tracy a part-time job in her office, and Tracy accepted.

He now helps student groups plan events. He provides them with the materials and any other assistance they might need.

Tracy says having the extra money from this job is helpful. Also, he works with several other students in what he calls a fun environment. And he loves seeing an event come together successfully.

But most important of all, Tracy says, is how the job makes him feel connected to the college.

"I'm on campus a lot more, so I definitely feel like I'm a bigger part of the community," he told VOA. "I get to help out other students and people that have problems ... I've made a lot of connections that way."

Feeling more connected to one's school may not be the only good thing that comes from working while studying. In 2008, the United States Bureau of Labor Statistics reported that working students performed better in their classes than those who did not. On average, grades of students who worked up to 20 hours per week were higher than those without jobs. All these students were in their first year at a four-year college or university in the United States.

However, it is not just having a job that can help students. What they do in their jobs not only can help them in their studies, but also in their lives after school. For example, Tracy says he has learned through his campus job how to use computer programs that he did not understand before. He says he will most likely need those computer skills in his future career.

That is why some colleges and universities are doing more to provide work experiences for students that do more than just give them financial aid. Clemson University in Clemson, South Carolina is one such example. 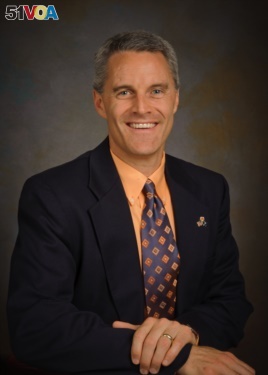 Neil Burton, head of the Center for Career and Professional Development at Clemson University in Clemson, South Carolina.

Clemson is a public research university. The school is far from any major city. This means there are few places for Clemson students to find meaningful employment elsewhere. So in 2011, the administration asked Neil Burton, head of the school's Center for Career and Professional Development, to make some changes.

The university wanted Burton to develop a program that was not just a way of creating more jobs, he says. Clemson wanted its students to have special positions that would teach them valuable skills related to their interests or field of study. It also wanted the students to be working in professional environments, ones that would provide useful experience in their job searches after college.

Burton says Clemson wanted to employ 500 students in these positions by 2020. And so the University Professional Internship and Co-op program, or UPIC, was born.

The program works like this: any Clemson professor or employee in need of professional help can prepare a proposal. This could be a biology professor looking for a research assistant, or an administrator who needs help raising donations for the school, Burton says. It can also be any outside organization that works with Clemson, such as a company that is designing new buildings for the campus.

Burton and his team decide if the position satisfies the requirements of the program, and then list the job on Clemson's website. Students ask to be considered for the job and go through an interview process. If they are accepted, students are permitted to work in that position for one semester. They also are required to take a class that informs them of what to expect in the position before they start. Finally, at the end of the term, students are tested on what they have learned from the experience. Students can apply for positions through UPIC as many times as they want.

UPIC has been a success from the very start, Burton says. By 2013, the program helped about 125 Clemson students find part-time employment. Word of the program's success spread across South Carolina. So the state government said it wanted to help. It promised to provide the school with $1 million every year to support the program. By 2014, Clemson had 626 students working through UPIC. And Burton believes the program could help over 1,000 students by 2018.

Burton adds that this is not just a success for the school. He notes that students who take part in the program are 20 percent more likely to have a full-time job offer once they complete their studies. This can be even more important for students who have little money of their own.

"A lot of those students, especially if they're first generation, are not going to have the same kind of professional network that a student coming from a middle class family ... might have," Burton told VOA. "And this is a way to help those students ... so that ... they've got some people here on campus who can provide ... guidance."

This kind of program is not only popular in the United States. Ryerson University in Toronto, Canada has taken similar measures. 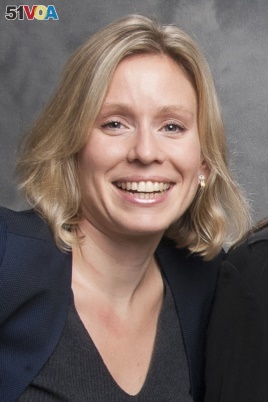 Caroline Konrad, director of the Career Center at Ryerson University in Toronto, Canada.

Caroline Konrad is the director of the Career Center at Ryerson, which is also a pubic research university. She says her school already employs about 1,000 students ever year. But three years ago, she notes, Ryerson wanted to provide its students with more of an educational experience through those positions.

So, Konrad says, her office began holding meetings with students and their employers to learn how it could make improvements. With the information gained from those meetings, the office developed a system to identify learning goals for students in any campus position.

These goals relate to skills -- like communication and teamwork -- that students could use in their careers, Konrad says. But they also include respecting people and treating others equally in the workplace.

Konrad argues this is especially important as Ryerson prepares students to shape the world around them.

"We view our students as the future leaders ... of a society which we all want to live in," she told VOA. "And fundamental to that is the professional environments which we are all creating. And so, when we talk about ... equity on company boards, that really starts all the way down ... when individuals are building their careers."

In 2016, Ryerson developed a system for measuring how well campus jobs help students reach its goals for valued learning. For example, Konrad notes, if a student's job is designing advertising, the employer should ensure the student includes not just one race or sex in the ads.

After all, Konrad says, every day spent in college should help prepare students for what comes after, not just classwork.

Pete Musto reported this for VOA Learning English. George Grow was the editor.

We want to hear from you. How common is it in your country for students to work at the universities where they study? What is the work-study experience like there? Write to us in the Comments Section or on 51VOA.COM.

grade(s) – n. a number or letter that indicates how a student performed in a class or on a test

professional – adj. relating to a job that requires special education, training, or skill

apply – v. to ask formally for something, such as a job, admission to a school, or a loan, usually in writing

board(s) – n. a group of people who manage or direct a company or organization