Changing Colleges in the US Is Complex, Costly

Update Required To play the media you will need to either update your browser to a recent version or update your Flash plugin.
By Pete Musto
28 October, 2017


Savannah College of Art and Design, or SCAD, is a private university in the American state of Georgia. In 2003, Sarah Luthans believed it would be the best place for her to study painting.

But after two years there, Luthans found she wanted more creative freedom. She decided the Virginia Commonwealth University, or VCU, in Richmond, might be the right place for that.

So Luthans decided to transfer to VCU before the start of her third year. That is when her difficulties started.

Most students in the United States who transfer expect the class credits they have already earned to count at their new school as well. But this was not the case for Luthans.

VCU and SCAD credit classes differently in some cases. When Luthans started at VCU in 2005, she learned that the school would not accept about 25 percent of her credits from SCAD.

When she returned to her education, she went to SCAD. In 2009, she received her bachelor's degree. She says she learned a hard lesson along the way.

"I would not have transferred at all if I knew what it was going to be like personally. If I knew that I was going to lose what started off as one year, eventually three years, before going back and finishing my degree, I wouldn't have done it."

Luthans is among many U.S. college students to have faced such difficulties. Increasingly, research shows that transferring schools is a complex process that costs many students time and money.

The U.S. Government Accountability Office, or GAO, researches how different American institutions operate. In August, the GAO released a study of the student transfer process in higher education. The research found that of all the students attending a U.S. college or university between 2004 and 2009, about 35 percent transferred at least once. The study showed that, on average, schools receiving transfer students rejected about 43 percent of their academic credits.

Melissa Emrey-Arras is the director of education, workforce and income security issues at the GAO. She says differences in academic requirements among schools is a main reason students lose credits. So students sometimes have to retake classes. 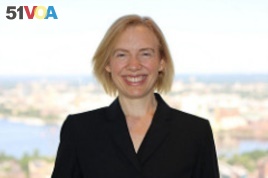 "A college may say, ‘I see you've taken biology. We're going to give you a general credit as having taken that class. But we're not going to count it towards your biology major at our school because we don't think that the class was very rigorous.'"

Students transfer for many different reasons, Emrey-Arras notes. In some cases, they simply dislike the social or academic environment, like Sarah Luthans. Others might change for financial reasons.

Emrey-Arras says it is especially difficult when students try to move between schools that do not have a transfer agreement. Such agreements let students move their credits from one school to another more easily.

But, the GAO study found that many schools do not provide information about such agreements on their websites, or through other easily available resources.

Emrey-Arras says this is of special concern for students facing financial difficulties. Students who depend on federal financial aid, for example, are limited in time. They are given only six years to complete their degree. At that point federal support ends. So, it is important they know exactly how many classes, if any, they will have to repeat.

Leticia Bustillos is the director of policy research at the non-profit Campaign for College Opportunity. She argues that colleges and universities have a responsibility to support low-income students through the transfer process. But, she says many schools are stuck in the past.

"Colleges, overall, still adhere to a very traditional model of higher education that no longer exists, because the population is different." Leticia Bustillos, director of policy research at the non-profit Campaign for College Opportunity

Bustillo notes that the new generation of U.S. college students include many who are the first in their families to seek higher education. Many of them depend on two-year programs at lower-cost community colleges as the first step towards a bachelor's degree.

For example, the state of California has one of the largest college student populations in the country. The Campaign for College Opportunity found that about 70 percent of all college students in California attended community colleges in 2015.

Bustillos says that many of these students plan to transfer to four-year schools. That kind of student population has been growing for years. In fact, California passed a law in 2010 to help ease the transfer process because of its increasing popularity.

The law lets students who earn 60 credits at California community colleges transfer to any school in the California State University, or CSU, system. They then need just 60 more credits to earn a bachelor's degree.

However, even with this program in place, transfer students still face problems says the Campaign for College Opportunity. Many of the community colleges lack the resources to offer all 60 credits-worth of classes students need to transfer. Also, not all schools within the University of California system accept all credits earned at community colleges.

As a result, community college students generally spend more to get their four-year degrees than students who begin at four-year colleges. The difference can be as much as $38,000.

Faye Huie of the research group National Student Clearinghouse says such problems are not limited to California. In a recent study, her organization found that the complexity of the transfer process harms low-income students across the country. Huie says it is often because they are starting from a difficult financial position.

"Low income students have limited resources. For example, they could be working in addition to trying to go to school. All students who want to transfer have to take time to look into the different schools that they want to transfer to. They need to do research on the transfer process. And low-income students may not have that additional time to put into their research."

That is why Emrey-Arras, Bustillos and Huie all urge for public and private universities to work harder to make the process simpler. And the GAO report supports their call. It suggests that the U.S. Department of Education officially require schools to clearly explain on their websites any transfer agreements they have. And the Campaign for College Opportunity wants California public universities to make their general education requirements more similar.

Pete Musto reported this story for VOA Learning English. Caty Weaver was the editor. We want to hear from you. How common is transferring between universities in country? How difficult is the transfer process? Write to us in the Comments Section or on 51VOA.COM.

transfer – v. to stop going to one school and begin going to another

credit(s) – n. a unit that measures a student's progress towards earning a degree in a school or college

eventually – adv. in the end

social – adj. relating to or involving activities in which people spend time talking to each other or doing enjoyable things with each other

adhere to – p.v. to act in the way that is required by something, such as a rule, belief, or promise