CES Shows Off Technology Trends for 2016

Update Required To play the media you will need to either update your browser to a recent version or update your Flash plugin.
George Putic
January 12,2016


Walking among the myriad expo booths at the Consumer Electronics Show in Las Vegas, one can get a pretty good idea of what lies ahead in the world of consumer technology — not only in home gadgets, but also on a highly professional level.

In all the areas on display — robots, autonomous cars, 3-D printers, drones and others — advances are bringing us closer to a highly automated future, as devices are becoming smarter and easier to use. 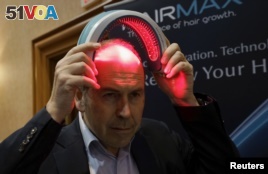 "Our goal is … once you receive it, it's ready to fly,” said Nicolas Texier of Parrot Company. “So, you open the box, you plug in the battery and it should be OK for you to control it as soon as you get it."

Service robots are entering everyday life, too. At airports, in hotel or hospital lobbies, they can replace humans for much lower pay and no complaints about extra hours of work.

And in the home, robots can already vacuum floors and clean large windows.

Engineers developing self-driving cars say they have made enormous improvements in computational power and sensing capabilities.

"I think that the industry consensus is that the enabling technologies behind (self-driving cars) … should be fairly robust and mature within the next four to five years," said James Mcbride of Ford Motor Company.

In 2016, consumer-level 3-D printers will move closer to the status of “necessary household gadget,” while professional-level machines, which can print metal parts, will start changing entire industries. 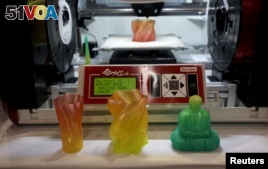 FILE - A 3-D printer for consumers capable of creating multicolor objects is demonstrated at the Consumer Electronics Show in Las Vegas on Jan. 4, 2016.

Experts say advances in other segments of technology — such as artificial intelligence, virtual reality, wearable gadgets and personal transportation devices — show that 2016 will be a very exciting year.