Update Required To play the media you will need to either update your browser to a recent version or update your Flash plugin.
Ray McDonald
March 11,2016


These are the five most popular songs in the Billboard Hot 100 Pop Singles chart, for the week ending March 12, 2016.

Spring is quickly replacing winter in Washington D.C., but the chart apparently didn’t get the memo…because absolutely nothing changes.

Flo Rida spends another week in fifth place with “My House.” This guy’s had a nearly uninterrupted nine-year streak of hits, among them a song featuring a then-unknown singer named Kesha. 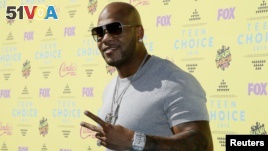 In 2008, she performed uncredited backing vocals on the track “Right Round.” Kesha appeared at the behest of producer Dr. Luke, whom she’s currently battling in court.

Justin Bieber settles into fourth place with his former champ “Sorry.” On March 9, Justin kicked off his world tour in Seattle, Washington. He’s in North America through mid-July. After that it’s on to Europe. He’s booked through late November, with no Australian or Asian dates yet posted.

As for twenty one pilots, their global takeover is currently in full swing. The duo spends another week in third place with its double-platinum hit “Stressed Out.”

Fresh from selling out venues in the U.K., the Ohio duo is currently in Japan. Next week, Tyler Joseph and Josh Dun visit festivals in Brazil, Argentina, and Chile before hitting Canada, and then it’s on to New Zealand and Australia. All told, they’re on tour through late August.

Last week, Justin Bieber got dethroned in second place with “Love Yourself.” This week…you guessed it. Hello again, Justin.

“Love Yourself,” is a song he co-wrote with Ed Sheeran. Last month, they both earned their first career Grammy Awards: Justin got Best Dance Recording for “Where Are U Now,” while Ed grabbed Song Of The Year and Best Pop Solo Performance, both for “Thinking Out Loud.” 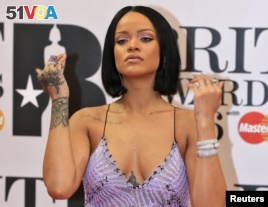 Between them, Drake and Rihanna have nine Grammys – along with the singles title for a second week with “Work.”

Drake continues to tease us with hints about his upcoming album, "Views From The 6." His friend and producer Noah Shebib says we’re getting “very, very close," with conventional wisdom dictating an April release. The two have reportedly been feverishly working for the past month.

A lot can happen in one week… so don’t forget to check us out in seven days to see the new lineup.