Update Required To play the media you will need to either update your browser to a recent version or update your Flash plugin.
By Carolyn Nicander Mohr
24 May, 2017


Google announced new technology at its yearly developers conference last week. Many of these announcements involve updates to existing tech, instead of new gadgets. These updates may make life a little easier.

Google is adding a feature to Gmail to make it easier for the user to answer emails. Smart Reply learns how you write and suggests three short replies to emails you receive. You can choose one and send it or add more words to the Smart Reply.

Smart Reply will be offered in English and will expand to Spanish later this year.

Google Assistant, the digital assistant from Google, is getting updates with new features. You will be able to use Google Assistant to do more things on more devices.

History will be added to Google Assistant so users can see what they have asked in the past.

Google Assistant can help make your home smarter as it now works with over 70 smart home partners. Use your voice to control your smart home devices with Google Home.

Google Assistant on the iPhone 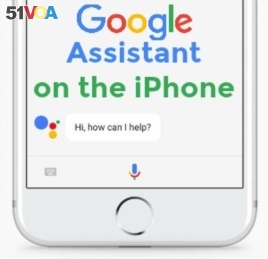 Google Assistant on the iPhone

The Google Assistant app is free in the iTunes App Store.

Google is making its Google Home smart speaker more useful. Google Home works with Google Assistant and will be able to let you know about information such as flight delays and traffic problems that may delay your travels.

Users do not even have to ask for such assistance. Google Home will light up to let users know there is an alert. Then, they just have to ask what the alert is about.

Users also can now set calendar appointments and reminders through Google Home. The information will appear across all your devices.

Google Home will be able use voice activation for phone calls. Users can speak to Google Home to place calls and talk on the phone.

Google Home will recognize voices. For example if you tell it, ‘call Mom,’ it will call your mother and not your partner’s or roommate’s mother. Google Home calls will be free to mobile phones and to landlines in the U.S. and Canada.

Google Home will be getting bluetooth so you can stream your music to it. You will also be able to play music directly from services such as Spotify, Soundcloud and Deezer.

Google is improving its ability to identify what is in a photo. For example, with Google Lens users could point their cameras at a poster for an event and do things such as adding the event to their calendars, buying tickets to the event or finding out more about it. Shared Libraries is a new feature that lets users share their entire Google Photos library, or large parts of it, with other people. Users of Google Photos can now order printed books of their photos. Google will choose your best photos or you can choose them yourself. Google Photos will make sure there are no duplicates and that you are choosing the best photo.

Photo Books start with 20 pages at $9.99 for soft cover and $19.99 for hard cover. The books will be available in the US first and then in other countries later this year.

Are you interested in the new announcements from Google? Which new tech are you most likely to try?

reply - n. something said, written, or done as an answer or response

digital assistant - n. an application program that can understand natural language and complete electronic tasks for the user

device - n. an object, machine, or piece of equipment that has been made for some special purpose

identify -v. to know and say who someone is or what something is

focus -v. to direct your attention or effort at something specific

cool - adj. very fashionable, stylish, or appealing in a way that is generally approved of

duplicate - adj. exactly the same as something else