Air Pollution May Affect Every Organ, Cell in the Body

Update Required To play the media you will need to either update your browser to a recent version or update your Flash plugin.
By Anna Matteo
07 October, 2019

Taking a long, deep breath is good for both our bodies and minds. It supplies necessary oxygen to our blood and can help to create emotional calm. 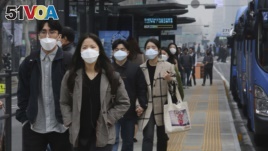 However, calm and oxygen are not the only things a deep breath brings. In many parts of the world, a deep breath also brings pollutants into our bodies.

For many people around the world, breathing polluted air has become the new "normal." On its website, The World Health Organization warns that "91% percent of the world's population lives in places where air quality exceeds WHO guideline limits."

Perhaps not surprisingly, cities are especially bad. Over 80% of people who live in urban areas, the WHO reports, are breathing levels of air pollution that are unhealthy.

With air pollution, size matters most

Researchers often study individual chemicals and toxins found in air pollution. However, some studies now show that it is the size of pollutants in the air that is most threatening to health.

Fine particulate matter that is 2.5 micrometers in diameter or smaller seems to do the most damage. That size is about 3% the size of a human hair or smaller. Scientists often call this kind of air pollution PM2.5, for short. The smallest PM can move through tissue.

Because we breathe in air pollution, we may think that it only affects the human breathing system. But research shows that the mouth, nose, throat and lungs are not the only body parts affected by air pollution.

Many in the scientific community say that PM2.5 can affect every organ and every cell in our body. Researchers have found that PM2.5 can even pass through the barrier that protects our brains. It can also reach the placenta. So, even in the womb, a fetus is not safe from air pollution.

The heart and blood system is also affected.

The WHO reports that air pollution causes 24% of deaths from brain attacks called strokes. The UN agency adds that 25% of all heart disease is from air pollution.

Scientists with the Forum of International Respiratory Societies, or FIRS, study the damage air pollution does to our bodies. They warn that air pollution affects many systems in the body and is a great risk to health.

Earlier this year, the FIRS Environmental Committee published two reports in the February 2019 American College of Chest Physicians (CHEST). They detail the effects of air pollution on health and evidence for its link to many diseases.

Dr. Dean Schraufnagel was the lead investigator. Following the publication of the reports he said, "It is well-known that air pollution is a major contributor to lung disease, but this review also shows how it can damage most other organ systems of the body."

The FIRS researchers also found air pollution to be "harmful to the aging brain."

They reported that older adults with heavy exposure to air pollution performed poorly on tests of brain operations. They said this group showed an increased risk of dementia compared to adults with less exposure.

The reports add that air pollution weakens bones so they break more easily. Air pollution also ages our skin, hurts our eyes and interferes with sleep. It affects the kidneys. And the researchers said living near busy roadways might lead to liver disease.

Children are most at risk

Researchers at the WHO say that in 2016 about 600,000 children under the age of five died from disease linked to air pollution.

Indoor cooking plays a part, as some families use unsafe fuels for cooking and keeping warm. Experts at the WHO say that there are "3.8 million deaths every year as a result of household exposure to smoke from dirty cook-stoves and fuels."

So, what can be done?

Dr. Schraufnagel adds that "the best way to reduce exposure to air pollution is to control it at its source." He explains that governments need to do this by setting pollution "standards and regulatory processes."

He and other experts suggest that individuals reduce their exposure by avoiding areas with polluted air and staying indoors when outdoor air pollution levels are high. And they say to wear face masks. These cloth or paper covers for the nose and mouth can block many air pollutants from entering the body.

particulate matter – n. the term for a mixture of solid particles and liquid droplets found in the air.

womb – n. the organ in women and some female animals in which babies develop before birth

contributor – n. something or someone involved in causing something to happen

regulatory – adj. making or concerned with making official rules about what is acceptable in a particular business, activity, etc.