Update Required To play the media you will need to either update your browser to a recent version or update your Flash plugin.
By VOA
14 December, 2014
51VOA听写整理，转载请注明出处。文本仅供参考，欢迎纠错！

Last year, a typhoon seriously damaged Leyte Island in the Philippines. More than 7,300 people died or are missing. Four million Filipinos lost their homes, and many of them lost their incomes.

Many fishermen were among them. They lost their wooden boats. Without them, they had no way to make money. 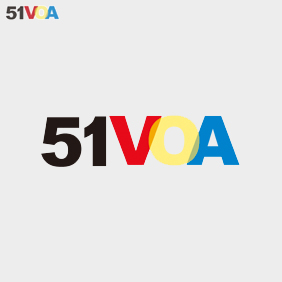 The fishermen used boats called "bancas." These boats were made from wood taken from the island's forests. But the forests were damaged by the powerful storm, making it difficult to quickly rebuild the boats.

Patrick Vincent Co manages the bancas rebuilding project for the WWF. He and his employees are teaching fishermen how to build boats with fiberglass.

"We feel that this is simply the next step forward, both out of necessity and out of practicality to use fiberglass rather than wood and plywood, and also something that is essentially ecologically sound."

Ramon Binamira is a boat-building expert. He says many of the fishermen were worried about using fiberglass to build boats. He says they asked many questions.

"Is it strong enough? Will it be able to take the day-to-day abuse that the traditional boats have proven to be capable of taking?"

The fishermen tested the fiberglass bancas with a heavy tool called a "sledgehammer." The fisherman used it to hit the sides of the fiberglass boats to see if the new boats were as strong as their wooden boats.

Norberto dela Torre is a 78-year old fisherman. He says he was surprised by the strength of the fiberglass bancas.

Mr. dela Torre says the fiberglass boats are durable. He says they are stronger in water than wooden boats. And he notes wooden boats get dirty easily.

The new fiberglass bancas are now being used only for small-scale fishing. But the World Wildlife Fund hopes the new boat-building skills that fishermen are learning will help them design and create larger fiberglass boats. The WWF says the technology will help them better-prepare for climate change and reduce the need for wood from forests damaged by Typhoon Haiyan.