Suicide Rates Among Young Americans on the Rise, Especially Girls

Update Required To play the media you will need to either update your browser to a recent version or update your Flash plugin.
By Ashley Thompson
01 June, 2019


Suicide rates among young people in the United States have been on the rise for almost 10 years, with the sharpest increase found among girls. That information comes from a new study published in JAMA Network Open.

The study found that suicides among girls aged 10 to 14 increased by about 13 percent each year between 2007 and 2016. Suicides among boys in the same age group rose by 7 percent per year.

Donna Ruch is a researcher at Nationwide Children's Hospital in the state of Ohio. She was the report's lead writer. She said the research shows a "significant" increase in younger female rates of suicide. 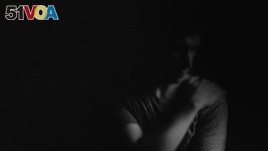 Ruch said she believes the bigger increase in deaths among girls is related to changes in the methods girls choose to try to kill themselves.

"Now they are using more lethal means," she said. "And that really concerns us."

Suicide is the second leading cause of death among young people aged 10 to 19 in the United States.

To take a closer look at suicide trends among the young, Ruch and her team examined nationwide data on suicides among people aged 10 to 19 from 1975 to 2016.

The researchers identified 85,051 deaths among U.S. youth between those years. About 80 percent of them were boys.

Similar trends were seen among people aged 15 to 19, with a decline until 2007, then yearly increases of 7.9 percent among girls and 3.5 percent among boys.

Ruch and her team cannot explain the increases. But she said finding a reason is "an important next step."

For now, she advises parents to know the warning signs that a child might be in danger: "Is the child making suicidal statements? Are they unhappy for longer periods of time? Are they withdrawing from friends and school activities?"

If they are, Ruch said, "that's when you should start to consider taking your child to a mental health professional."

Suicide expert Ian Rockett suggests that the numbers in the study actually underreport the number of girls who kill themselves.

"We know that females are more inclined to use drug intoxication as a method," said Rockett, a professor at West Virginia University in Morgantown and the University of Rochester Medical Center in New York.

"That's less likely to be picked up as a suicide," Rockett noted.

Rockett believes that media may play a role in the rising rates of suicide among young people in general. He points to a soon-to-be-published paper he helped write that links the Netflix television series "13 Reasons Why" with increased suicide rates among both boys and girls.

"The association we found is actually stronger in females," he said. "And that should be a cause for concern related to exposure to mass media."

significant - adj. large enough to be noticed or have an effect

lethal - adj. causing or able to cause death

youth - n. the time of life when someone is young : the time when a young person has not yet become an adult

withdraw - v. to stop spending time with other people

association - n. a connection or relationship between things or people