How Free Is 'Free College?'

Update Required To play the media you will need to either update your browser to a recent version or update your Flash plugin.
By Pete Musto
18 February, 2017


Some people say the United States higher education system is the best in the world. But the cost of a college education in the U.S. can be very high -- about 70 percent of students graduate with some debt. In 2014, the total amount of that debt in the U.S. reached about $1.2 trillion.

Norway, Finland, Germany, Mexico and Brazil are very different countries. But they all have one thing in common: citizens can attend public universities for little to no cost.

That is why some American lawmakers are looking to other countries as models for change. During his 2016 presidential campaign, Senator Bernie Sanders said the U.S needed to offer free college. Sanders' presidential campaign was unsuccessful. But he is not alone in the fight for free education. 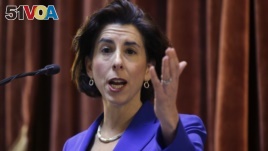 Rhode Island Governor Gina Raimondo delivers her State of the State address to lawmakers and guests in Providence. During her speech she said she wants to provide free tuition at state colleges.

Earlier this month, Tennessee reported a 30 percent increase in the number of students attending community college for the first time.

Oregon also has a program like Tennessee's. In fall of 2016, the Oregon program paid for at least part of the cost for 6,745 students to attend community college.

The idea of free college is spreading in the U.S. Last month, New York Governor Andrew Cuomo announced his own plan. It centers on families making less than $125,000 a year. It would permit their children to attend the state's public universities for free.

Richard Vedder is director of the Center for College Affordability and Productivity, a research organization. He feels some New Yorkers may not like an increase in taxes to pay for Cuomo's plan and could move to different states. He also thinks it is fair to ask students to pay for some of the cost of college.

"First of all, the students are the primary beneficiaries of the college education. Most of them, after college, will earn a good deal more income than they did before going to college. A lot of the students who go to college can afford to pay tuition. The tuition fee is not an obstacle that keeps them from attending. So, asking them to pay tuition fees seems to be reasonable since they are getting a high return on the investment."

In the case of Oregon, something similar may already be happening. Public university administrators in the state reported lower numbers of new students in 2016. This might suggest students are choosing the free community colleges over four-year degree programs.

Vedder also points to already existing state and federal financial aid programs, like the Pell grant. Pell grants provide money to low-income college students. The students do not have to pay the money back.

Officials in the state of Rhode Island say such help is not enough. A recent survey from the state's education department showed that 90 percent of Rhode Island high schoolers want to attend college. However, the study showed only 65 percent actually do so. Cost was the number one reason students gave for not attending college.

But Rhode Island has a plan that might help. In January, Governor Gina Raimondo proposed a plan for two free years of study at the Community College of Rhode Island, the University of Rhode Island or Rhode Island College to any high school graduate living in the state.

Kevin Gallagher is the governor's deputy chief of staff. He says offering free college is the right thing to do because higher education will be required for most jobs in the future.

"If you're thinking about college as a luxury that only a few should be able to afford, then sure you could say, ‘Okay, this isn't essential.' But from the governor's perspective, we can't afford not to make this commitment. We know that in Rhode Island, and in the United States, a high school diploma is simply not enough...You have to have some education beyond high school in order to get a good-paying job."

Governor Raimondo's proposal is planned to start in 2018. It would cost $10 million in the first year. Gallagher says the price is expected to rise to $30 million a year by 2022. The official notes that this would only be a small part of the state's current $9 billion budget.

Gallagher also believes that people will see the value in having an educated population. Educated Rhode Islanders will make more money but also provide more to the state in tax payments, he says.

Robert Kelchen is a professor of higher education at Seton Hall University in New Jersey. He researches higher education finance and accountability policy. Kelchen says he thinks there are important questions still to be answered about the Rhode Island proposal.

"One thing to know first is that free tuition does not mean that students will avoid debt. For a student going to a public college, the other parts of higher education -- like books, transportation and housing -- are a much larger part of the overall price than tuition. So, students need to realize that in most cases they'll have to take on some debt."

We want to hear from you. What is the average cost of a college education in your country? Do you think governments should provide free college tuition? Write to us in the Comments Section or on 51VOA.COM.

graduate – v. to earn a degree or diploma from a school, college or university

transfer – v. to stop going to one school and begin going to another

beneficiaries – n. a person, group or organization that is helped by something

obstacle – n. something that makes it difficult to do something

luxury – n. something that is expensive and not necessary

perspective – n. a way of thinking about and understanding something such as a particular issue or life in general

accountability – n. the act of being required to explain actions or decisions to someone

realize – n. to understand or become aware of something